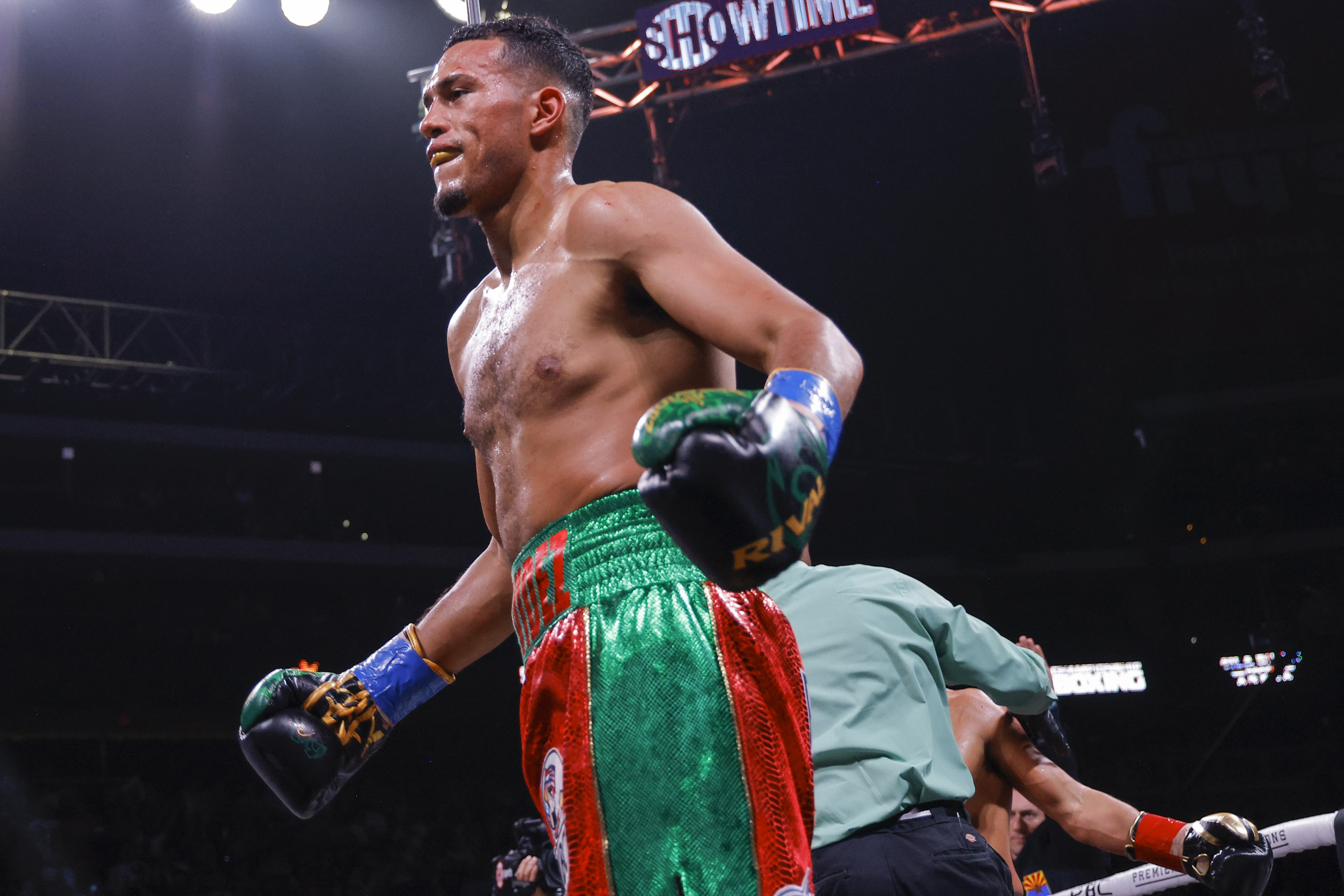 Benavidez wins with 3rd round TKO

As destructive as ever, Benavidez (26-0, 23 KOs) dominated Lemieux (43-5, 36 KOs) from the opening bell, knocking him down in the second round with a devastating uppercut that sent him through the ropes. The Canadian fighter survived the round, but Benavidez restarted inflicting punishment in round three. Lemieux’s corner signaled surrender and the referee stopped the fight with 1:31 remaining in the round.

“Mike Tyson gave me the name ‘The Mexican Monster’, what do you think I’m gonna do?” said Benavidez after the fight. “I just feel like I’m the strongest 168 pounder. No one can mess with me.”

“Lemieux is a special type of breed,” said Benavidez, who landed 49 percent of his total punches and 52 percent of his power punches. “This guy was swinging until the end. I had to be on my p’s and q’s. He’s a tough champion, so my hat’s off to him. He’s the only one with the guts to face me,” he provoked.

“I’m good, Benavidez is a hell of a fighter,” Lemieux said after the bout. “I congratulate him. After the first round I was okay, he had gotten me with some good shots. I tried to come back, but he’s a very good fighter.”

Challenge to the best fighters in the 168 division

Benavidez said he wants to face the best fighters in the 168-pound division. “I’m waiting for [Caleb Plant, Jermall Charlo, David Morrell] to sign the contract. Them bitches know what’s up. I’m right here waiting for them. I’ll put myself up against everyone. I guarantee I’m knocking everyone out.

“I can get better everywhere. You can always learn. It only gets better from here. I’m just going to keep working. Facing tough guys like Lemieux just pushes me to keep moving to the next level,” he added.

At 25 years of age, is Benavidez the main contender for Canelo Alvarez’s belt?

Despite his loss to Dmitry Bivol in the light heavyweight division, Alvarez remains the undisputed champion at 168 lbs.

While some people think Benavidez might be able to take Canelo’s super middleweight crown, it’s not likely the clash will happen anytime soon.

Alvarez might take a rematch with Bivol or face Golovkin for a trilogy.

Therefore, Caleb Plant, Demetrius Andrade and Jermall Charlo are the best-profile potential opponents at super middleweight for Benavidez. Who’s going to have the courage to accept his challenge?