Kickboxing show at the Royal Palace in Italy: “The Night of Kick and Punch 12 – Black Tie Edition” 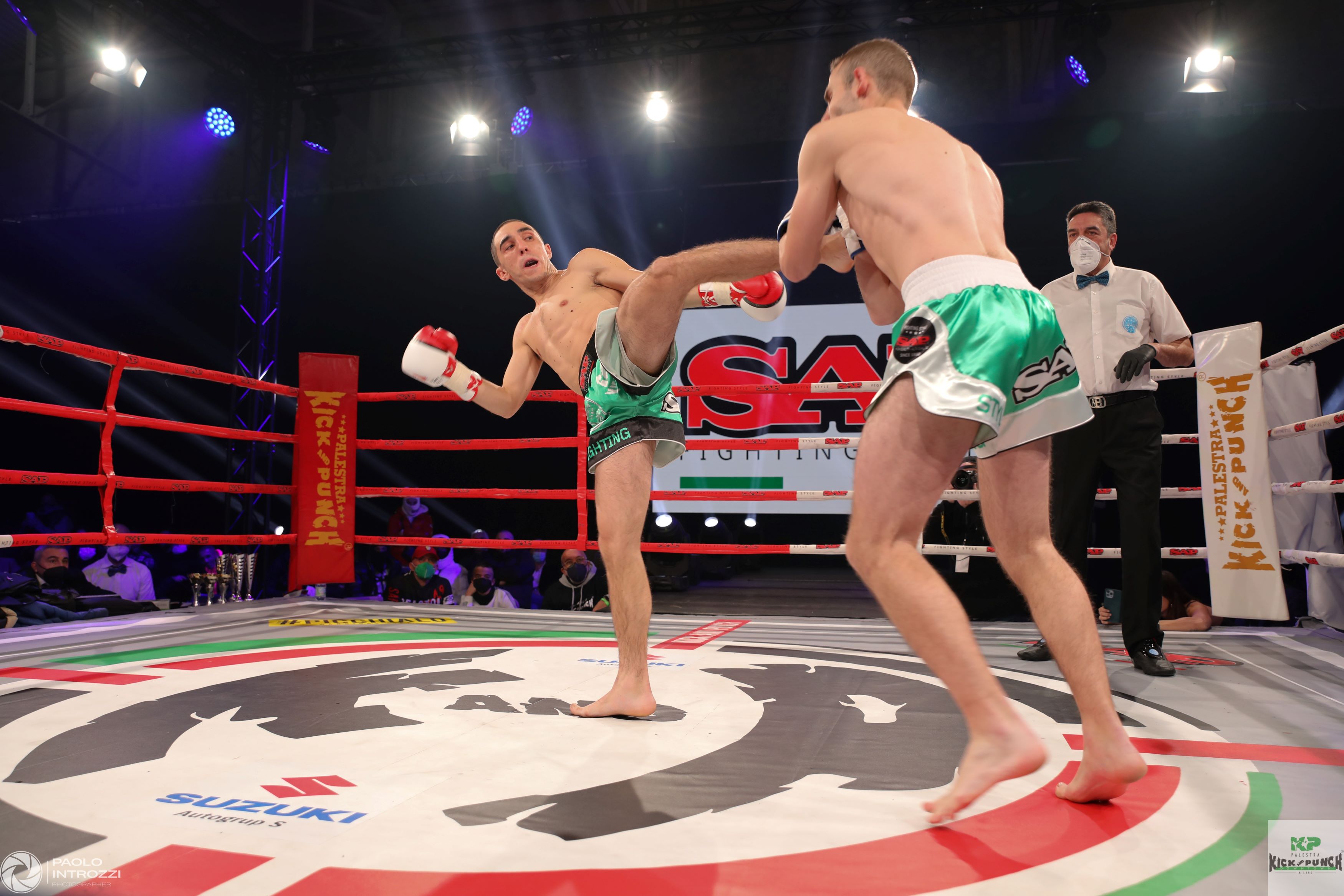 In this kickboxing gala, most fights will be under K-1 rules: Punches, kicks and knees. Promoted by Angelo Valente in collaboration with Reggia di Venaria, with Michele Briamonte’s Sap Fighting Style as technical sponsor and the extraordinary participation of Elisabetta Canalis, The Night of Kick and Punch 12 will be an invitation only event.

The guests will have an aperitivo (an Italian ritual in the late afternoon: usually sparkling white wine or a cocktail with small pieces of bread topped with cheese, ham or other things) in the beautiful garden of the Royal Palace and then enjoy the fights inside the Reggia while eating a 5-star dinner sitting at a table.  There will be two fights for Wako-Pro world titles on the 5-round distance (each round will last 3 minutes): Luca Cecchetti (Italy) will fight Maksim Kazaku (Belarus) for the vacant bantamweight crown (from 54,6 kg to 56,4 kg) while Luca Grusovin (Italy) will face European champion Tito Macias (Spain) for the vacant featherweight belt (from 56,5 kg to 58,2 kg).

Wako-Pro is the largest kickboxing organization in the world with offices in 130 countries in the five continents. Luca Cecchetti and Luca Grusovin are part of the Angelo Valente’s Kick and Punch Team based in Milan and Pieve Emanuele (close to Milan).

“Nobody ever promoted a kickboxing show inside a Royal Palace – Angelo Valente said – and I couldn’t miss this opportunity. Reggia di Venaria is a Unesco site and its beauty is simply incredible. The people who will be invited are not kickboxing fans and for many of them will be the first time at a kickboxing show. Introducing kickboxing to new people can only be good for our sport. They will see outstanding fighters: Luca Cecchetti is a former Wako-Pro World featherweight champion and Luca Grusovin is a former IKL World lightweight champion. I want to thank Michele Briamonte for supporting many recent editions of The Night of Kick and Punch and this one too.”

The Night of Kick and Punch 12 – Black Tie Edition will offer ten kickboxing fights. The bouts without a title on the line will be on the 3-round distance (each round will last 3 minutes). The names of the fighters will be released in a few days.