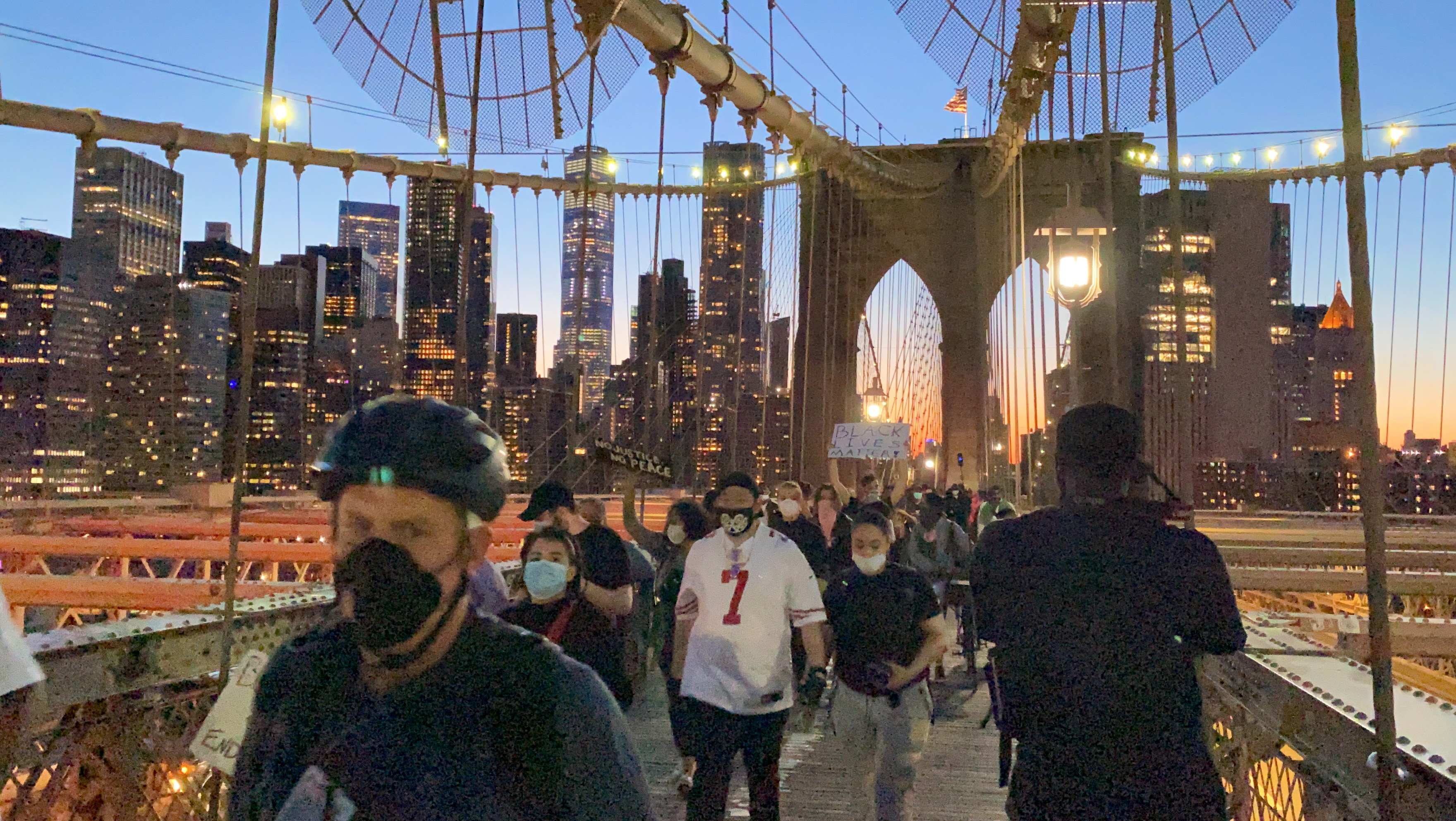 Protests and rage erupted around the world over the death of George Floyd in Minneapolis and, more broadly, over police brutality and racism. It’s day six of the protests in New York City. Protesters are coming from Times Square and Union Square; they are going to cross the Brooklyn Bridge and Williamsburg Bridge. The crowds are chanting the name of George Floyd, the 46-year-old Black man who died in police custody last Monday, after at least one police officer had his knee on Floyd’s neck for nearly 9 minutes. By the evening, the peaceful demonstrations are giving way to another night of violence and vandalism.

The National Guard was deployed in more than two dozen states to assist police departments. Fires burned outside the White House and in the streets of New York City. At least 40 cities imposed curfews, but most were broken.

Former Minneapolis police officer Derek Chauvin could be sentenced to up to 25 years in prison if convicted of third-degree murder. Protesters say this is not enough.