Night of the Uppercut: Joshua beats Pulev by KO. Joshua-Fury next? 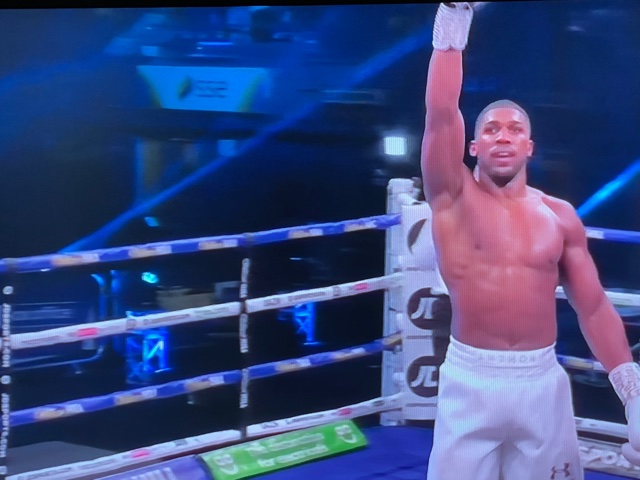 The Heavyweight Champion of the World Anthony Joshua showed off a combination of boxing ability and power in his TKO win over IBF mandatory challenger Kubrat Pulev. The 31-year-old British fighter retained his IBF, IBO, WBA, WBO belts and is now one step closer to the highly anticipated heavyweight unification bout with Tyson Fury.

In his first fight back in the UK in two years and after a year of absence from the ring, AJ (24-1, 22 KOs) took on the 39-year-old Bulgarian fighter in front of 1000 fans at the iconic Wembley Arena in the first boxing match in Britain to host fans during the Coronavirus pandemic.

Joshua’s style was a mix of the technical maturity showed during his win over Andy Ruiz in the UAE in 2019 and the devastating firepower that had become his trademark in the previous years.

Unusual for a very tall (6’6”) fighter, AJ’s series of 3-4 consecutive uppercuts proved to be his winning weapon this time.

Joshua recorded four knockdowns against a determined Pulev (28-2, 14 KOs) and finished him off with an impressive TKO in the ninth round.

“I stuck to what I know best — boxing, looking to where I put my shots” Joshua said. “When I was successful, I was successful. I really don’t want to do an interview right now, I just want everyone to go home and enjoy their Christmas” added the British boxer, who destabilized his opponent with a ferocious round 3, in which Pulev turned his back and headed to the corner after getting a strong right uppercut. The fight could have been stopped at that moment, but the Bulgarian was given an eight-count, despite not being on the floor. Right after, Joshua sent Pulev to the ground with another right uppercut.

Unable to finish the Bulgarian right away, the Briton showed a more calculated and patient version of his younger self, started dancing on his feet and focused more to the body.

In round nine, a trio of uppercuts forced Pulev to take a knee. As the Bulgarian fighter rose back up, AJ floored him again with an impeccable right cross. Pulev got back on his feet, but was on shaky ground and the fight was stopped at 2:58.