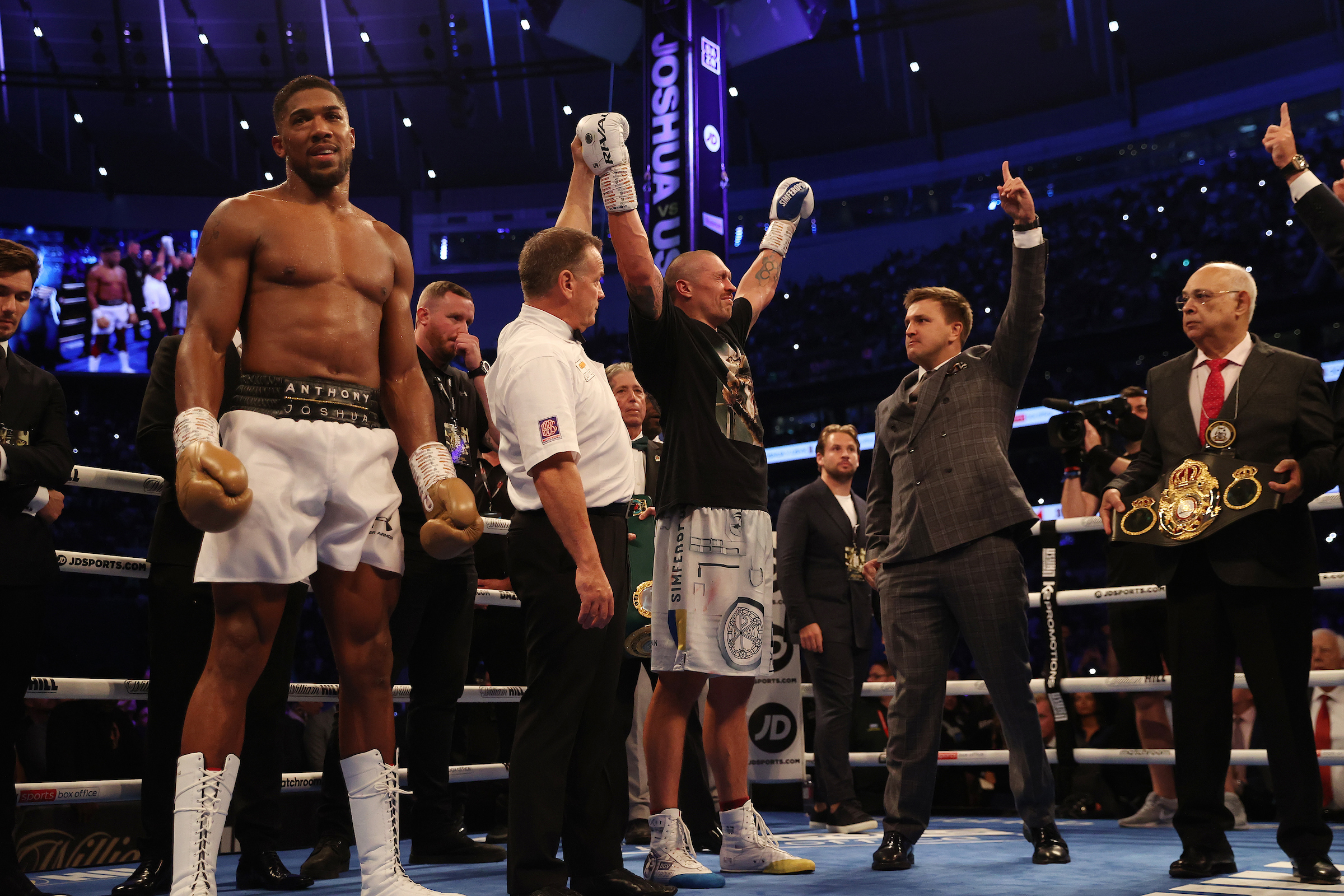 The former undisputed cruiserweight champion and 2012 Olympic gold medalist put on an outstanding performance to dethrone the British fighter in front of his home crowd of over 70,000 at the Tottenham Hotspur Stadium in London.

The Ukrainian’s excellent footwork and constant movement allowed him to deal with Joshua’s edge in height, age, strength, punching power, and weight. With quick combinations and jabs, Usyk was able to hurt his opponent in the third and seventh rounds, accumulating points. The scorecards read 117-112, 116-112 and 115-113.

The last few seconds of the 12th round were particularly gruesome, with Joshua sent to the ropes and wobbling due to an atrocious attack by the 34-year-old Ukrainian.

Supposedly, Usyk wasn’t looking for a knockout. By the last round, Joshua’s right eye was swollen and almost closed, while his nose was bleeding. Usyk had some cuts as well.

“I had no objective to knock him out,” Usyk explained on the ring after the fight. “My trainers, my corner pushed me not to do that. At the beginning I hit him hard. I just tried to knock him out. Then, my trainer said ‘Just stop and do your job.’”

This was the second career loss for 31-year-old Joshua, who grimaced on his stool, looking in pretty bad shape right after the end of the fight and left the ring immediately after the winner was announced.

According to his promoter Eddie Hearn, Anthony Joshua wants an immediate rematch.

On the other hand, Usyk said he is focused on spending time with his family and isn’t thinking about a rematch at the moment.

“Well done to the winner. We’ll be back again, get back into training. It was a great 12 rounds and a great experience as well in the ring,” Joshua said in the post-fight presser.

“We progress from this point on once again. We’ll be doing it all again soon. 100 per cent, I want it next. I believe I’ll get a good win in the next fight because of what I learned in this fight. I’m a quick learner,” he added.

Joshua suffered a devastating loss, but he is trying to keep his moral high.

“I’ve got the chance to become heavyweight champion of the world again. I’m keeping a positive head on my shoulders,” he said.

Hearn is hoping to schedule the rematch for February or March and would “like to do it in the UK again.”