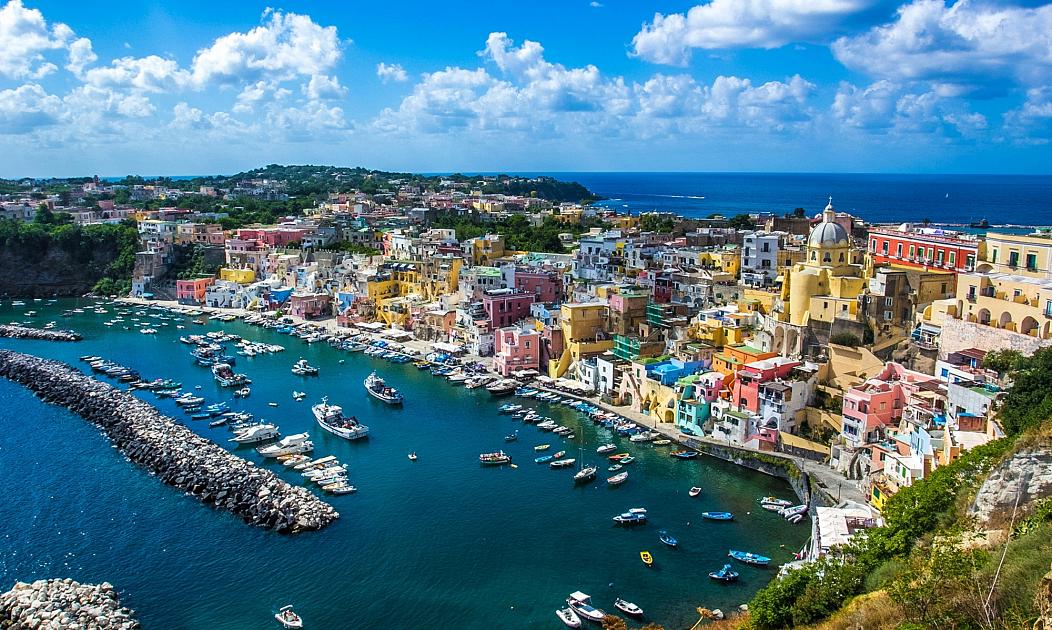 Known for its stunningly colorful little buildings overlooking the sea, Procida has been named Italy’s Capital of Culture for 2022.

This little island in the Gulf of Naples is particularly dear to my heart: It’s the place where us Neapolitans stop by boat if we don’t want to get all the way to Capri or Ischia and if we are looking for a calm, picturesque place for an unforgettable day on the Mediterranean Sea.

Procida is the first island to earn this designation and was the only island on the list of 10 finalists for next year.

As the Italian Minister of Cultural Heritage Dario Franceschini said, “It will accompany Italy in the year of its rebirth.”

Procida submitted its application as Capital of Culture with the motto “la cultura non isola”, meaning culture doesn’t isolate. In the Italian language, the third person of the verb “to isolate” and the noun “island” are both “isola”. Hence the word pun.

Procida’s vision “is capable of conveying a poetic message, a vision of culture that reaches out from the tiny reality of an island as a well-wish for all of us, for the country, in the months to come,” stated the Capital of Culture Commission.

The tiny island’s history dates back to the 15th century B.C.E. with the Mycenean Greeks.

During the Roman Empire’s rule, this Southern Italian marvel was a well-known resort for noble people.

In the Middle Ages, Procida became a fortified village to defend itself from continuous devastations by Vandals, Goths and Saracens. Today this pearl off the coast of Naples has a population of just 10,000 people.

Procida in novels and movies

The island has been chosen as film set for over 30 movies, among which the Postman and The Talented Mr. Ripley. Some scenes of Cleopatra with Liz Taylor and Richard Burton were filmed there as well.

The Holy Week before Good Friday is full of events related to religious traditions. Very well-known in the area are the Procession of the Apostles on Holy Thursday and the Procession of the Mysteries of Good Friday. The “mysteries” are allegorical wagons prepared and carried by the young males of the island, who wear the traditional dress of the ‘confraternity of the Turchini”. Following the procession, the young men take apart and destroy the wagons.