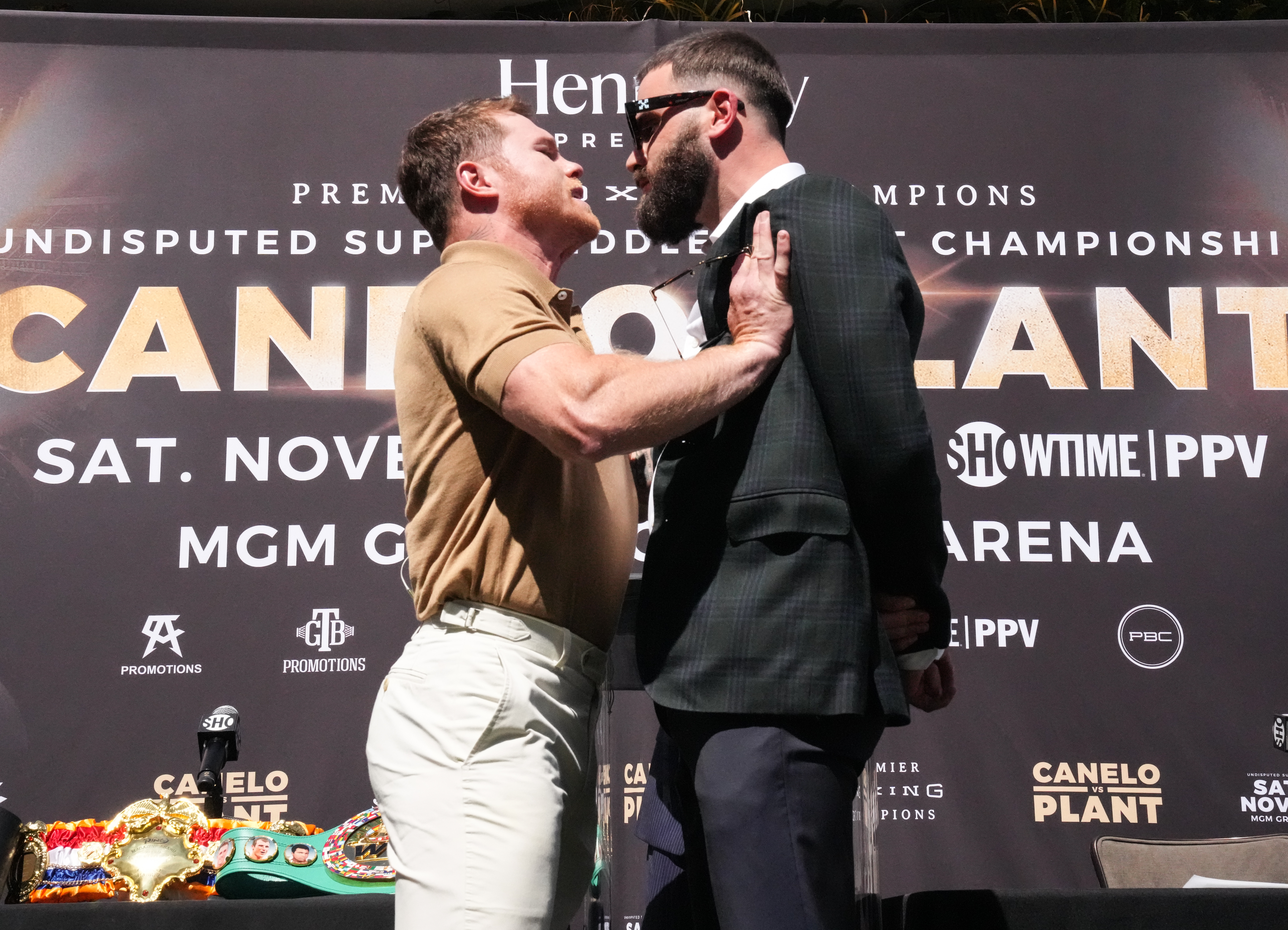 The Alvarez vs Plant fight has already started at the Beverly Hilton hotel on Tuesday.

Saul “Canelo” Alvarez and Caleb Plant met in Los Angeles at a press conference to promote their November 6th fight that will crown the undisputed super middleweight champion.

The 29-year-old American boxer came forward with a left hook, but Canelo dodged it. The fighters began exchanging blows and their respective teams rushed to the stage. Security managed to separate the two sides.

Plant took a few strikes from multi-division champion Alvarez and suffered a small cut under his right eye.

A Chance to make History

This rivalry will culminate in a real clash at the MGM Grand Garden Arena in Las Vegas in just over six weeks: The winner will be the first undisputed 168-pound world champion of the four-belt era in the history of boxing.

“You are not on my level and you will see on November 6. You don’t want to fight now, I promise you,” Alvarez said, adding “Plant might be on the same level as Billy Joe Saunders and Callum Smith.”

“You can say whatever to me, but not to my mom,” Canelo commented about the brawl. “I’m going to fight anyone who says something about my mom. And he swung first. I just pushed him. He swung first, and I do what I do. He crossed the line,” he added.

Describing his opponent as “an insecure person” who “came with a lot of excuses about lots of things,” Alvarez said this fight “will be over in eight rounds or less”.

“I’m going to knock out this guy. Easy,” he exclaimed.

“I know that people don’t believe me when I tell them I’m winning on November 6,” Plant said.

“I promised myself that I was going to run this all the way to the top, with no problem crashing and burning along the way. I set out to live an unbelievable life and accomplish unbelievable things. Those people who doubt me are the very reason that I’m here,” he explained.

“Being undisputed would mean a lot. I’ve sacrificed so much to this sport and I’ve been doing this a long time. All that work would come down to one moment. I want my name in those history books and that’s the only reason that I’m here,” Plant stated.

After dismissing the on-stage scuffle as “some normal back and forth banter…and then whatever happened happened,” Plant spoke more about the brawl on his twitter page.

More on Canelo to Plant here.