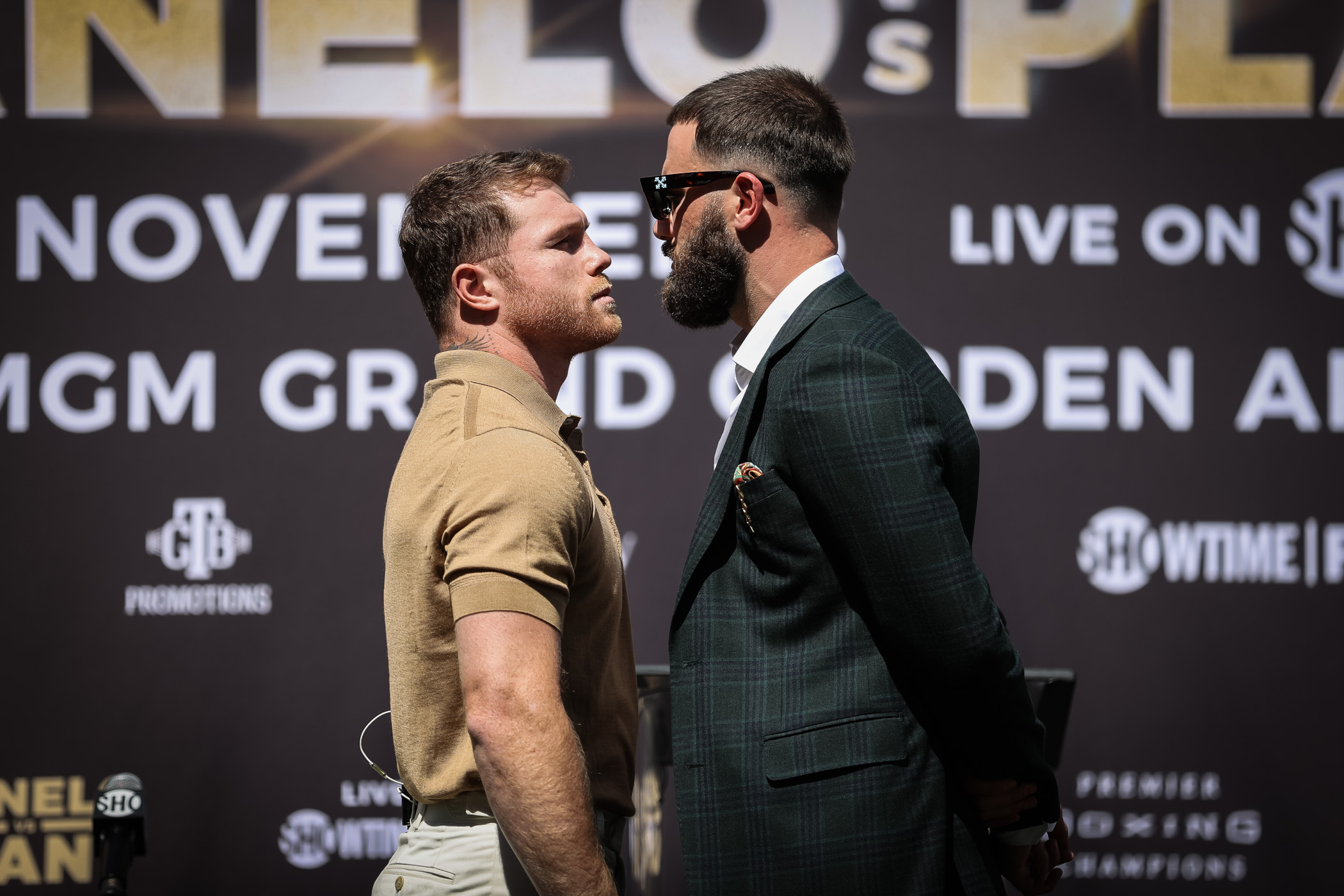 On November 6th, the winner of the Canelo Alvarez vs Caleb Plant bout in Paradise (Nevada) is set to become the first undisputed Super MiddleWeight champion in the history of boxing.

Caleb Plant is the IBF Super MiddleWeight World Champion. He has many positive attributes as a fighter.

He stands 6’1”, which is a great advantage in the Super Middleweight Division.

Plant has authoritative hand speed and precision, especially with his left.  His various strikes with his left hand can be confusing and dangerous to his opponents and have served him well. He throws an excellent jab, a shovel jab and hooks, often in succession.

Caleb gives many different looks when he throws the left. The majority of damage he inflicts seems to be done with this hand.

During the recent heated press conference, Caleb reminded Canelo of how Jose Cotto made him do “the chicken dance” in  their 2010 matchup. Cotto stunned and hurt Canelo with a well placed, strong left hook to the head. That is also one of Caleb Plant’s signature strikes. Plant also incorporates world class footwork, along with tremendous head movement and torso control. All of these factors make him frustrating and dangerous to most of his opponents. Plant’s high level of  physical conditioning is well known, although he seemed to slow a bit the late rounds in his Uzcategui title fight and in his last fight against Caleb Truax in January of this year.

Plant will need to rely on all of these qualities in order to have a chance in his bout with Saul “Canelo” Alvarez.

Caleb Plant has a few shortcomings as a fighter.  He seems to have fragile hands.  No “non-fighter” would stand a chance in the ring against this champion with one hand tied behind his back, but most would be a little less reluctant if it was his left hand tied back there.

Plant doesn’t really ever seem to throw the right with any stopping power. Nevertheless, he did knock down the over matched Mike Lee for the second time with a right in their 2019 fight. Lee seemed to put up more of a fight with the referee about getting a 10 count on his fourth time on the canvas in three rounds than he did with Plant.

Caleb has been knocked for his lack of power but, in my opinion, this is a mistake. He doesn’t display classic right handed power expected from an orthodox stance. All of this considered, he is far from a one dimensional fighter but he seems to use his right as a set up punch or almost for rhythm than for actual damage in most matches. This could be a factor, especially if he is pushed into the ropes or the corner. It’s easier to neutralize one side versus two. On a professional level, Plant has rarely been tested.

He has had three title defenses since he won his title from Jose Uzcategui in January of 2019. Each one has seemed to be “light” work.

His fight game has improved dramatically in the last 8 years. Alvarez has fought for world titles for the last ten years. His main strengths are his durability, granite chin, great head movement, ring IQ, excellent counter punching capability and vicious body shots throughout his fights.

His possible drawbacks include somewhat slow footwork and a lessened pattern of throwing combinations in recent years.

If Canelo’s camp notices the lack of striking power from Caleb Plant, maybe look for Alvarez to circle to his own left.  Keeping his chin tucked and moving away from Plant’s quick left hands, he could counter with a straight right and follow up with a left to the body.

Canelo’s resume and strengths speak for themselves.

If the above analysis is correct, Caleb Plant should not be underestimated.  He should be seen as ambitious and driven at this stage of his career. This is as big as it will get for him. I saw Billy Joe Saunders as a more dangerous opponent than Caleb Plant, but Plant is a champion and can use his physical advantages to serve him well.

If Canelo figures out Plant’s one sided attack, this fight can end as quickly as the 3rd round. Plant most likely will carry a strong fight into the 7th or 8th, but he may be worn down by then.

A fine recent example of a tremendous boxing demonstration was the Olexsander Uzyk vs Anthony Joshua bout.  Uzyk moved so well for the duration of the fight, but I feel like if Joshua had landed 5 more power shots or even 3, the decision would have been closer.

Canelo is not afraid to trade and fire against anyone.

Prediction: Canelo via 8th round TKO.