Berlanga and Zayas win by decision at MSG and stay undefeated 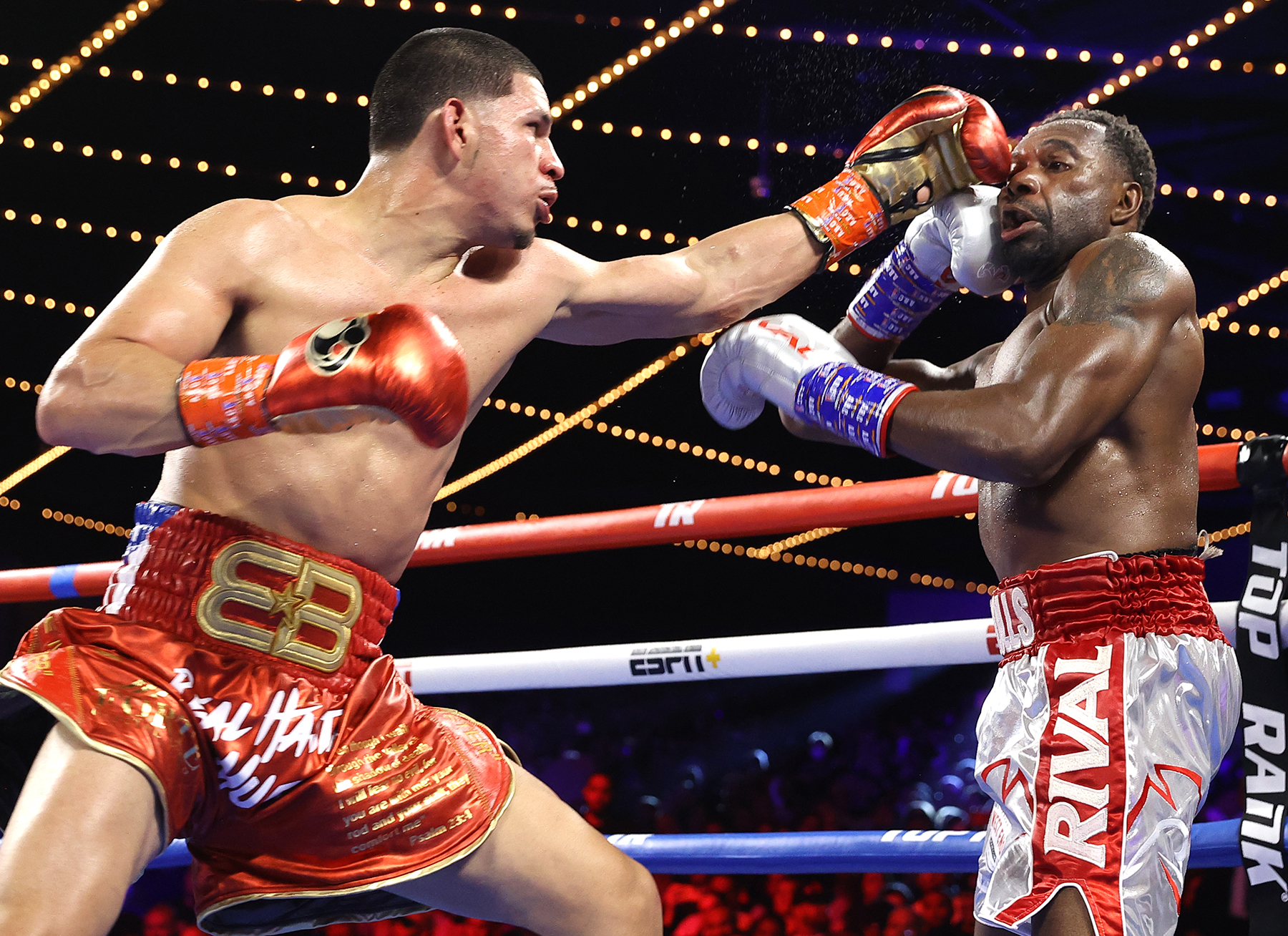 It wasn’t the knockout Berlanga is known for, despite being a new step forward after a torn biceps in his last bout. There wasn’t much action in the first few rounds. Berlanga’s trainers were screaming to use his jab, but the 24-year-old fighter seemed to have difficulties generating offense and landing power punches. In the middle rounds, Rolls (21-2, 12KOs) started looking more aggressive and confident.

Rolls went up in weight and it’s surprising that his opponent wasn’t really able to hurt him. Berlanga won the last two rounds and did just enough to secure a win.

“I was looking for a big shot. My corner was telling me ‘use a jab’. My elbow was bothering me a little bit. But I’m just happy we got the victory and moving forward,” the Brooklyn-born fighter said.

After his 16 first-round KOs in his first 16 fights, expectations were to the roof for the Puerto Rican-American. Berlanga had two consecutive decision victories, first against Demond Nicholson last April and then against Marcelo Coceres last October. In the latter fight, Berlanga was knocked down in round nine and underwent surgery to repair his biceps.

“My elbow starting hurting me in the second round but no excuses. We got the biceps torn in the last fight, came back in four months and got to it,” he commented.

A young boxer with good potential, Berlanga will need to show a little more in his next clash to prove his doubters wrong. What’s going to happen when he will get in the ring with established Super middleweight fighters, who can box smarlty and land a few big shots? We don’t think he is ready for Plant, Dirrell or Benavides at this point. Berlanga is going to need to dominate a fight, possibly with a knockout, to bring his confidence and his reputation back to the levels of his first 16 bouts.

The 19-year-old Puerto Rican talent proved to have unexpected patience and technical skills, besides his obviously great physical assets. Zayas fought eight rounds for the first time in his career and confirmed he keeps improving in every bout. He controlled the whole fight, nearly scoring a stoppage in the second round. LaVallais spent most of round two pinned against the ropes, trying to avoid more than 12 potential knockout punches. Zayas landed 54 punches in that round, while New Orleans-based LaVallais proved to have a very strong chin.

Zayas slowed down a bit from the third round, giving proof of maturity and composure, unusual qualities for a teenager. “I need this type of experience. Eight rounds against a tough opponent will only help me as I move forward in my career,” Zayas said.

“The plan is to come back June 11 at The Garden on Puerto Rican Parade Weekend. That’s a special weekend for Puerto Ricans, and I am proud to represent my people.”

Edgar Berlanga wants Benavides, Canelo: “That’s where the money is at. We are going the Floyd route”
Golovkin vs Murata. Getting closer to Canelo-GGG n.3?
Loading Comments...