Caleb Plant: “My best KO”. Andrade calls out Plant, who seeks Canelo instead 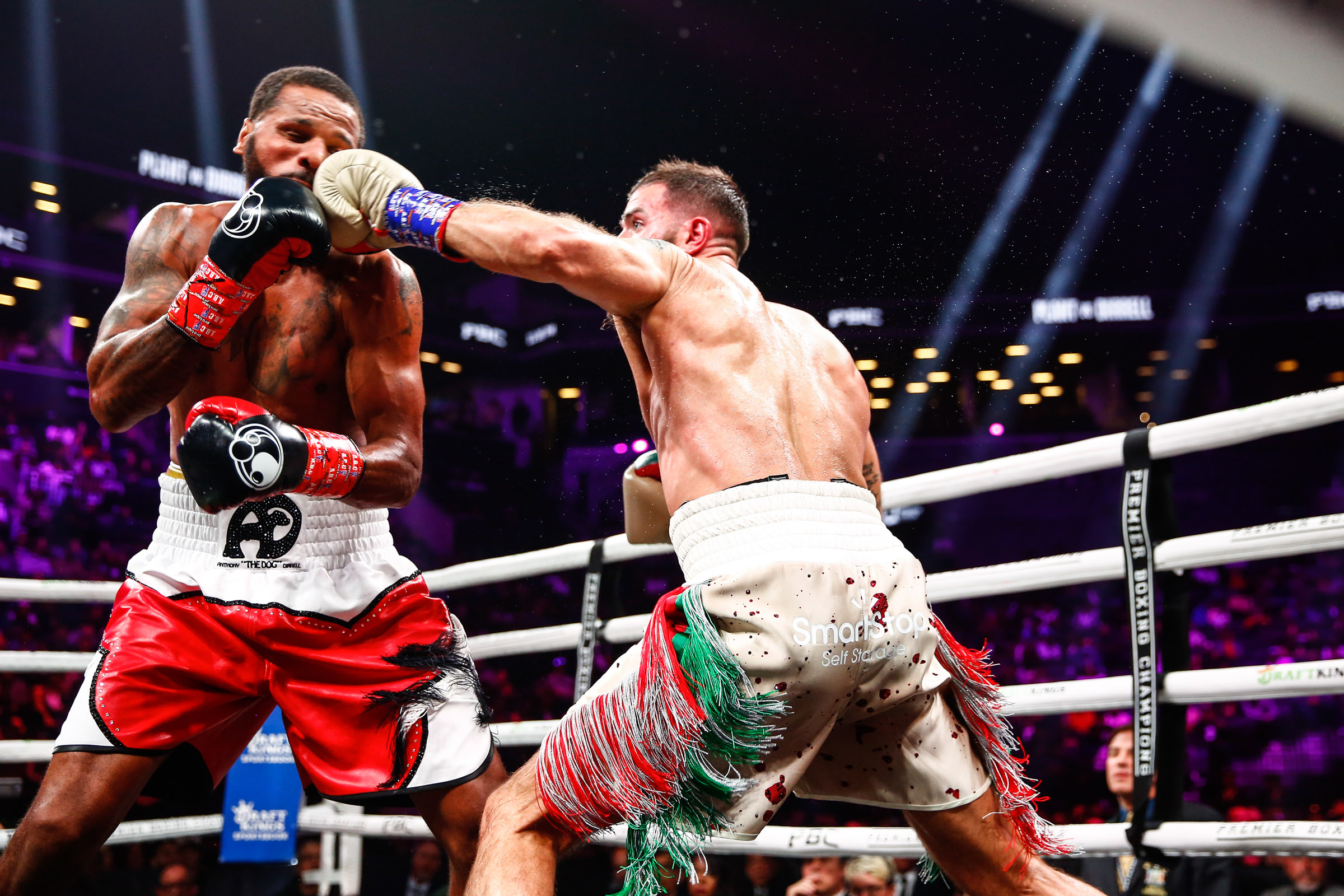 After Caleb Plant’s brutal 9th-round knockout of Anthony Dirrell at Barclays Center in Brooklyn, Demetrius Andrade has called him out and wants to fight him next. Plant is, instead, trying to get a rematch with WBC title holder Canelo Alvarez.

Plant dominated the WBC title eliminator at 168 pounds against Dirrell, putting to sleep a lot of polemics and accusations by his very vocal and provocative opponent of “not being good enough and having only fought average boxers”.

“He says I fight bums, but I fought him and I knocked him down,” Plant commented after the fight. “I just let him know it was easy…I was doing what I wanted at will, until he went to sleep.’’

“He had a lot to say about me, talking about my race, what I am able to do. ‘I never fought nobody’, ‘I never hurt nobody’. Well, I fought him and I hurt him, so… Skin color doesn’t win fights. What’s in here (brain) wins fights, what’s in here (heart) wins fights. And that’s what we did,” the Tennessee native added.

Self-assessment of his performance

What did Caleb love the most about his performance and what does he want to improve?

“I felt like I did great…It was a complete shootout until I dropped him. I’ll continue to smooth the edges of my game. I felt like I really stick to my craft. I have got a great team…I worked really hard for this moment. We are just going to rest a little bit, enjoy the holidays and then get right back to work.”

Plant is now the secondary mandatory opponent for Canelo after David Benavidez. At some point, the WBC will order Canelo to face Benavidez or vacate the belt. Plant could in that case face Benavidez for a WBC title bout.

“I am here to stay and I think I proved that tonight. I am one of the best super middleweights in the world. We are looking to more big fights moving forward and continuing to pick one top super middleweight at a time until we get all of them.”

Wilder stuns Helenius with 1st round KO, worries about his opponent’s health. Tears!
Paolo Banchero proud to be Italian. Will he really play for team Italy?
Loading Comments...