Ben Simmons’ return nears. Has he overcome his mental struggles? 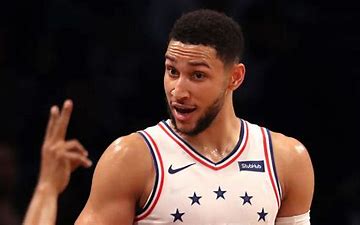 Ben Simmons remains sidelined with a herniated disc in the lumbar region. While there’s hope he can return for a few regular season games, some people in the league believe he will not play at all this season.

Is Simmons’ mental health still playing a role in his absence from the court? Before getting traded to the Nets, the 2017-18 Rookie of the Year didn’t feel in a good psychological state to be able to play with his team in Philadelphia. Simmons said his mental health issues started well before the 76ers’ 2020-21 season ended. He believed he wouldn’t be able to overcome them if he had stayed with the team. The Australian guard seemed eager to start practicing with the Nets. He confessed there were a lot of things that had happened internally over time in Philly and he just got to a place where “I don’t think it was good for me mentally.”

“It’s something I continue to deal with. I am getting there and getting to the right place to get back on the floor,” Simmons stated in mid- February. Now the questions are: Did he overcome his mental struggles and did he get to the right mental space?

The answer seems hard to find.

Simmons is continuing to get treatment for his back issues and keeps working on strengthening his lumbar area. The 2016 NBA draft’s first pick recently joined his team on a road trip for the first time in a month. His back pain is easing up. Although he didn’t take part to a full practice, he was at least on the court. Coach Steve Nash confirmed that Simmons is “feeling a lot less pain […] but he is not on the floor yet.”

Simmons was given an epidural injection on March 15th and that might have helped his progress. The Nets remain cautious but hope to have Simmons active for the play-in tournament.

Simmons’ back issues go back to February 2020, when he suffered a nerve impingement.

Kyrie is back for home games too

Now, with Kyrie Irving eligible to play in home games since NY City’s major Adams granted an exemption to the vaccine mandate to local athletes and performers, the Nets seem to have a good chance at reaching the playoffs. With a 39-36 record, Brooklyn is in the ninth place in the Eastern Conference. If the Nets had to ever face the Raptors in the postseason, Irving would be ineligible to play as unvaccinated athletes are still not allowed to enter Canada.

At that point, Simmons’ presence on the court would be even more needed.

Simmons isn’t a shooter. He has only made 5 career 3-pointers and his free-throw percentage is just 59.7%. Nevertheless, the 3-time All Star is a great playmaker and an awesome defender. He led the league in steals per game during the 2019-20 season.