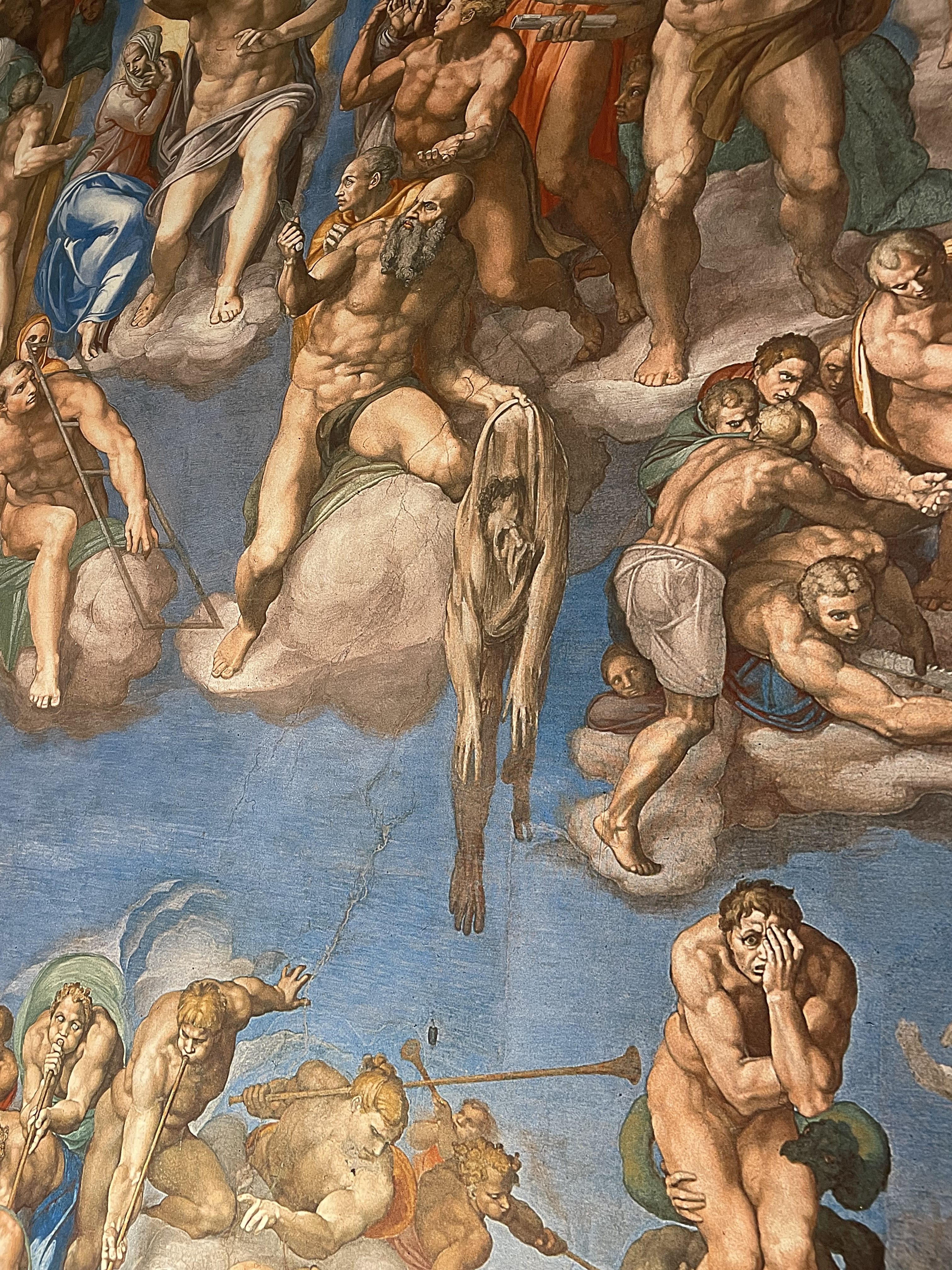 Starting October 8th, people will be able to get married in New York’s exhibit.

“We’ll host weddings for people of every faith and sexual orientation,” announced today the producer of the event Martin Biallas. “It’s a particularly festive ambiance and we’ll make sure to keep the prices affordable,” he told ViaggioSport. People will be able to enter sweepstakes to win a chance to celebrate their wedding at NY’s and LA’s Sistine Chapel exhibits for free (check out sistinechapelexhibit.com or click here.

The response of the public to this particular form of experiencing art? “Very good. We had a busy weekend with lines all around the building,” Biallas told ViaggioSport. “It’s very popular. It’s our first week in NYC. We increased the amount of units touring. Now we have seven exhibits and we are building two more,” he added. “People really enjoy it. This is not projected or digital. These are prints on special fabric that makes them look and feel like frescoes. It’s the old school way to showcase art. It’s very cost-efficient. Obviously, this will never replace the original. But for people who have seen the original in Vatican City it’s a complement to their experience. Or it’s a preparation for those who are planning to go visit the Chapel,” Biallas explained.

The reproductions of Michelangelo’s frescoes give the public a never-seen-before chance to admire the magnitude of one of the most famous works of art in the world from a very close distance.

“To be able to do that in the Vatican, you’d have to fly or walk on the Chapel’s ceiling. No Pope has ever seen these frescoes from this perspective,” Biallas noted.

Colossal volume of work for Michelangelo

Michelangelo Buonarroti considered himself as a sculptor more than a painter. After accepting this job reluctantly, he didn’t leave the scaffoldings of the Sistine Chapel for four and a half years. That’s how he was able to complete his incredible compositions, dedicated to events from the Old and New Testaments. A colossal volume of work – going from the story of the Creation to the Last Judgment – made in such a short time, 500 years ago.

The most famous ceiling in the world

The Sistine Chapel’s ceiling, arguably the most famous in the world, measures about 8611 square feet (800 square meters). It opened in 1512. The Last Judgement painting was created about 25 years after the completion of the 33 ceiling frescoes.