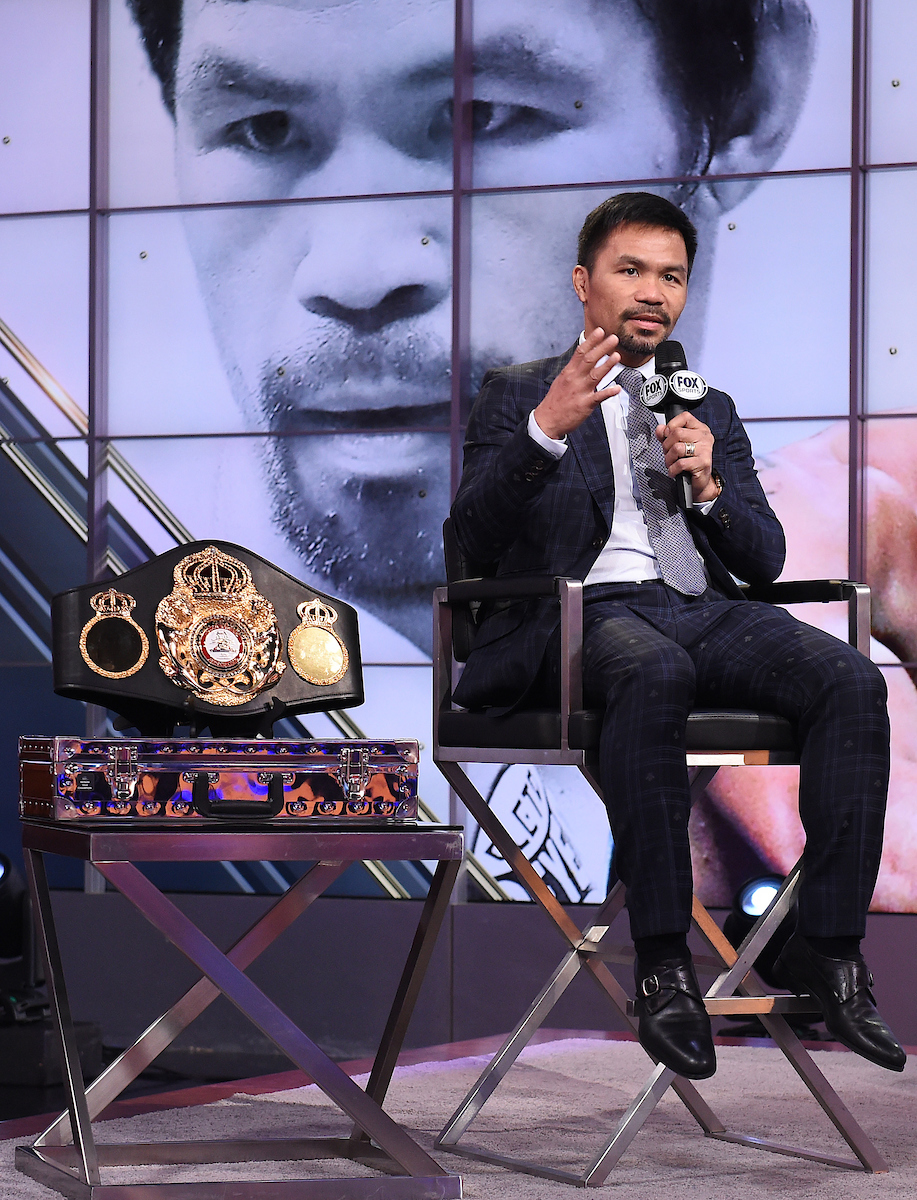 After the Joshua vs Fury bout, another big Summer fight vanishes.

“I am not disappointed at all because my hard work and training were not wasted,” Pacquiao said in a press conference organized by Premier Boxing. “Yordenis Ugás is there, willing to fight and challenge for the WBA championship. So it’s still there, but I’m praying for Errol Spence’s fast recovery. The most important thing is health.”

Spence suffered a retinal tear that forced him to withdraw from his IBF and WBC welterweight title defense against the living legend senator.

The American boxer wrote he is “very disappointed“ he ‘’won’t be able to fight Manny Pacquiao. Unfortunately, the doctors found a tear in my left eye and said I needed surgery on it ASAP and that there was no way I could fight with my eye in that condition.”

Doctors are optimistic about his recovery. “I came back from worse,” Spence tweeted.

For Pacquiao (62-7-2, 39 KOs) a win over Cuba’s Ugás doesn’t necessarily mean Spence will be his next opponent. The future Hall of Famer is preparing for a May presidential run in the Philippines, which means this might be his last bout.

During his inactivity, the WBA named Ugás as its ‘super champion’ and rejected a petition from Pacquiao to be reinstated. “The proper way – and the only way – to win a world title is inside the ring,” said Pacquiao.

Ugás, 35, won the bronze medal for Cuba at the 2008 Olympics. He was already scheduled to face Fabian Maidana in a title defense on the same night, but his opponent suffered an injury.

“I’m used to taking fights at the last minute,” Ugás said. “ On Monday night I was training at the gym when I found out simultaneously that both Maidana and Spence were hurt,” he explained. Then the call announcing his new clash against Pacquiao.

“I couldn’t be more excited when I found out I was going to fight against one of the best fighters in history. A fighter I respected all my life”.

Pacquiao can look for his revenge. “Ugás is the champion because they gave him my belt. Now we have to settle it inside the ring,” he stated.

His opponent agreed: “Whoever wins on Saturday night will be the true WBA Champion. No question about it” Ugás admitted.