Will Ugas be Pacquiao’s last opponent. What’s next? 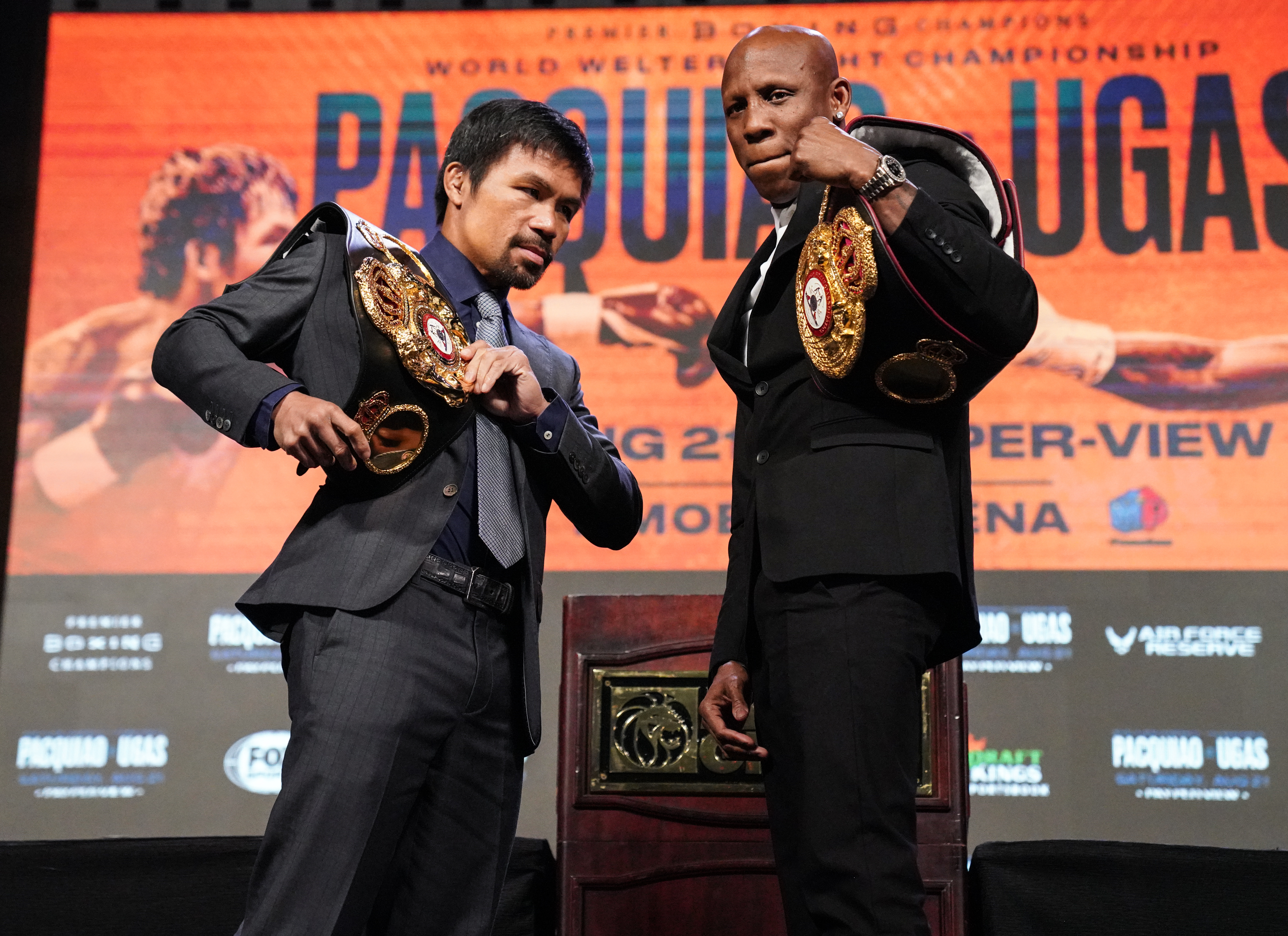 Eight-division champion of the world Manny Pacquiao is eager to step on the ring this Saturday to face his new opponent, WBA Welterweight title holder Yordenis Ugás.

“I feel young right now,”42-year-old Pacquiao said during the final press conference. “I’m just happy with what I’m doing, because boxing is my passion. I enjoy training camp and I’m excited to sacrifice and be disciplined every day to prepare for a fight like this.”

The senator’s enthusiasm seems unstoppable. “For the Keith Thurman fight I would do about 25 rounds a day, and now for this fight I’m doing 30 or more rounds a day. The coaches have had to try to stop me because I want to keep going,” “Pacman’’ added.

The Filipino boxing icon was supposed to face Errol Spence Jr., ranked by BoxRec as the 4th best active pound-for-pound boxer and as n.1 in the welterweight category. Unfortunately, less than two weeks before their bout, an eye injury forced Spence to withdraw from the fight.

“I’m praying for a fast recovery from Errol Spence Jr. and that he can fight again soon,” Pacquiao said. “I of course felt bad when I first heard the news, but it’s a good thing that Ugas was ready to challenge me for the world title. I’m glad that we can settle that dispute about the WBA title. It’s always better to talk in the ring.”

In 2019 Pacquiao became the oldest fighter to win a welterweight world title with his decision win over Keith Thurman. In January, despite the pandemic, the WBA stripped the Filipino fighter of his title due to inactivity and handed it to Ugas. Pacquiao hasn’t gotten over this decision.

“I didn’t like that someone took my belt without challenging me in the ring,” he stated. “Both of us are champions, but we’ll see who has the belt after Saturday.”

What were the last minute changes in the preparation for this fight?

“It only took me two days to adjust to fighting Ugas,” Pacquiao explained. “I have fought a lot of right handed fighters before. It would have been harder switching from preparing for a right hander to a southpaw. Most of my opponents have been right-handed, so there’s nothing to worry about.”

How did Ugas get ready for such an iconic opponent in such a short time?

“There are no excuses heading into this fight. I’ve been in this position taking a short-notice fight before, although obviously never against a fighter the caliber of Pacquiao. I have no concerns though, and I believe both of us are going to be prepared for this fight.

“I’m certain that he cannot knock me out,” Ugas added.

Pacquiao is looking to break his own record as the oldest boxer to win a welterweight championship in a bout that could be his last if he is really going to run for president in the Philippines in 2022.

“We try to talk about it sometimes,” said Pacquiao’s trainer Freddie Roach. “He just smiles at me.”

The Filipino senator hasn’t decided yet. “We don’t know,” he said. “My plan today is one at a time. I’m turning 43 years old this coming December, so that’s my consideration also. But because of my passion for this sport, I’m still here to keep on going, to keep on fighting.”

The Pay-Per-View event will be broadcast from T-Mobile arena in Las Vegas on August 21st starting at 9 P.M..