Ugas hands Pacquiao 8th career defeat. Is this the end? 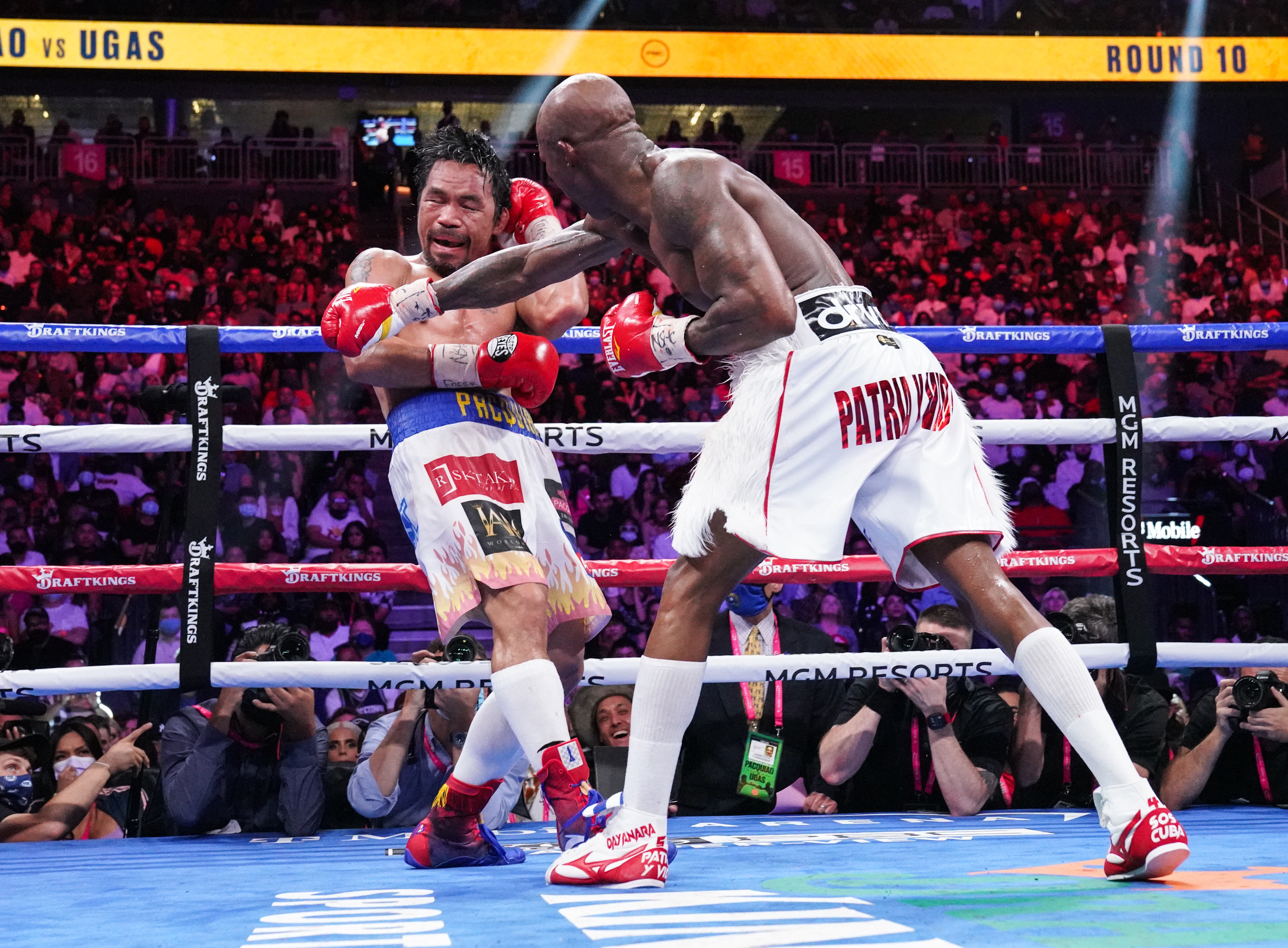 The underdog Yordenis Ugas (27-4, 12 KOs)  stunned Manny Pacquiao (67-8-2, 39 Kos) outboxing and outfighting him at the T-Mobile arena in Las Vegas on Saturday in front of a crowd of 17,438. Winning a 12-round unanimous decision, the Cuban fighter retained his WBA Welterweight World title.

“I’m very excited but, most of all, I want to thank Manny Pacquiao for giving me this moment in the ring today,” Ugas said after the bout. “I told you, I am the champion of the WBA and I showed it tonight…I’m very emotional. A lot of people say Cubans can’t win the big fight. So, I’m very proud that I got this win for Cuba and showed what we are all about.”

42-year-old Pacquiao was, as usual, a polite gentleman.

“Congratulations to Ugas and his team,” he said. “Thank you to all of you. I want to thank all my fans and the media. For many decades, the press, media and boxing fans were always behind us, supporting us. That’s why we’re here, why we became popular and why we accomplished our dreams as a fighter.”

What’s next for “Pacman”?

What’s next for the Filipino senator?

“I am a fighter outside and inside the ring. I look forward to returning to the Philippines and helping them during this pandemic,” he stated. The key question is: Will Manny Pacquiao retire? Was this his last fight? His answer was elusive, but proved he is thinking about retirement. “In the future, you may not see Manny Pacquiao in the ring. I don’t know. Let me rest first and relax and make a decision if I fight again,” he said. While Manny Pacquiao will make an official announcement next month on whether or not he will be running for president of the Philippines, what’s the next step for Yordenis Ugas?

With this victory, the 35-year-old fighter has likely conquered a fight against Errol Spence Jr. if the latter recovers quicly from his eye surgery. Spence was slated to fight Pacquiao before his detached retina injury less than two weeks before the clash. Despite the very short notice, Ugas stepped in with a winning strategy. “My trainer, Ismael Salas, and I had a plan,” said Ugas. “We were going to move him around; we were going to use the jab and keep him off balance. That was the whole game plan.”

Ugas used his length, size and strength to keep the Filipino icon guessing, slowly wearing down boxing’s only eight-division champion.

Pacquiao had a fast start, but Ugas unveiled his long left jab and his power shots. In the fourth round, the Cuban boxer began landing his powerful looping right, a punch that bothered Pacquiao the whole fight.

“Manny! Manny!” the crowd was shouting in the seventh, but Ugas remained calm and controlled the eighth. Pacquiao intensified the pace in the ninth round, but Ugas kept landing the harder shots. A Pacman’s left forced the Cuban fighter to clinch, but Ugas started landing his right repeatedly. The Cuban boxer dominated the last round.

“The right hand was a shot I had planned to use on Manny,” said Ugas. “It kept working so I kept using it.”

“He’s a legend, one of the greatest fighters that ever lived,” Ugas said of “Pacman”. “I’ll always respect him not only as a great fighter but outside the ring. I also admire that he fights for his country, as I do. I want to free Cuba.”

More on this fight.