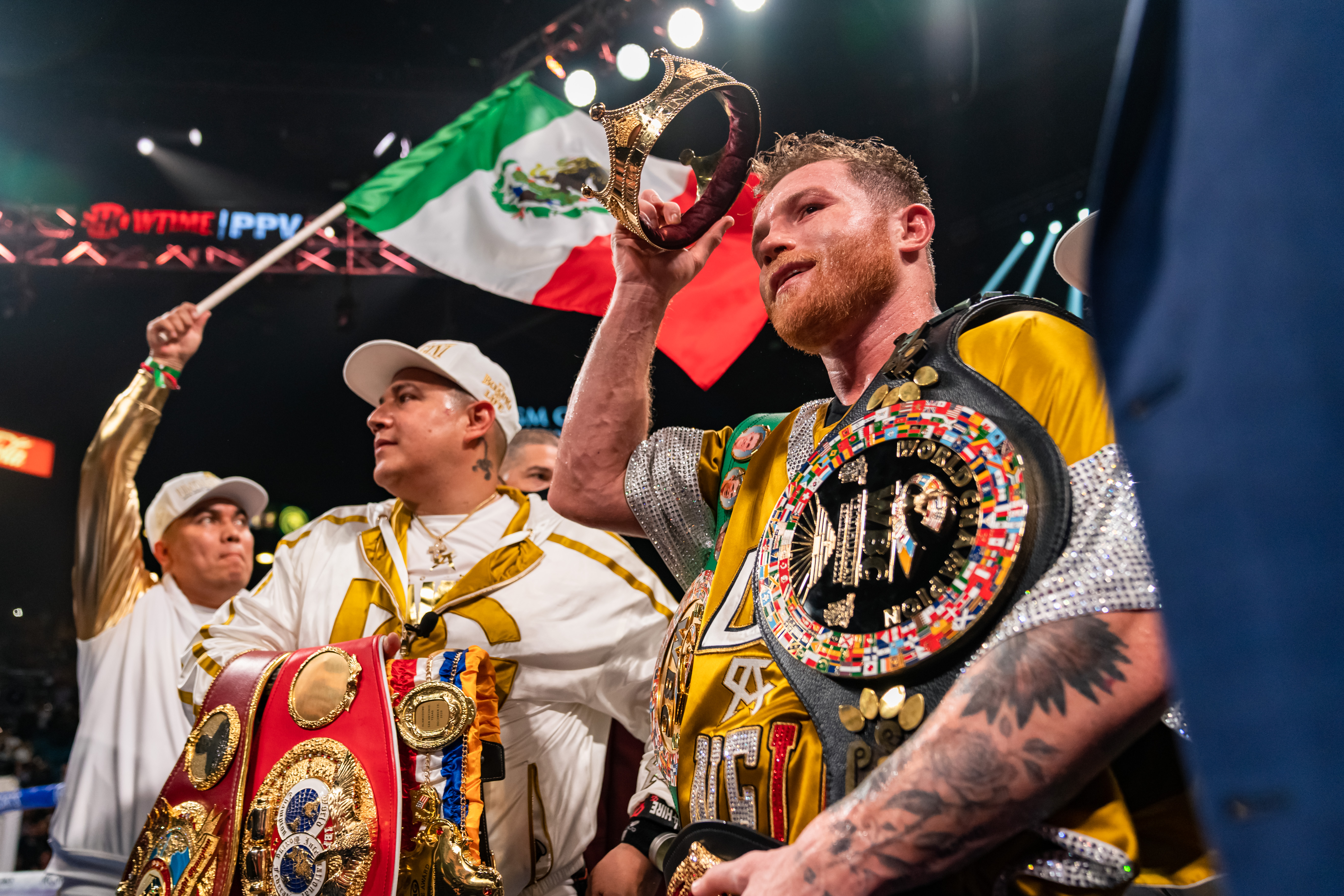 “This is for everybody, especially for Mexico. This is another one for our team. We did it tonight,” Alvarez said after the fight.
Canelo’s left hook in the 11th round followed by a massive right uppercut sent Plant to the canvas for the first time in his career, marking the beginning of the end for the American fighter.

Plant returned to his feet, but was unable to recover. With a series of power shots, Canelo sent his opponent down to the floor again. The referee stopped the fight at 1:05 of the 11th.

“I have a lot of respect for Caleb Plant. He was a difficult opponent with a lot of ability and I do respect him. We are both men at the end of the day. He wanted to fight me and still continue. I told him there’s no shame. We had a great fight tonight,” Alvarez commented.

Boxing’s consensus n.1 pound-for-pound fighter and future hall of famer is already a four-division champion.
Alvares, 31, went down in history as the 6th boxer in the four-belt era to become undisputed.

After the bout, Plant was taken to University Medical Center as a precaution.
Watch the stoppage HERE: https://twitter.com/ShowtimeBoxing/status/1457204844444454913

Can underdog Plant spoil Canelo’s legendary run?
Edgar Berlanga wants Benavides, Canelo: “That’s where the money is at. We are going the Floyd route”
Loading Comments...