Trae Young ends game in New York like a Broadway show: With a bow 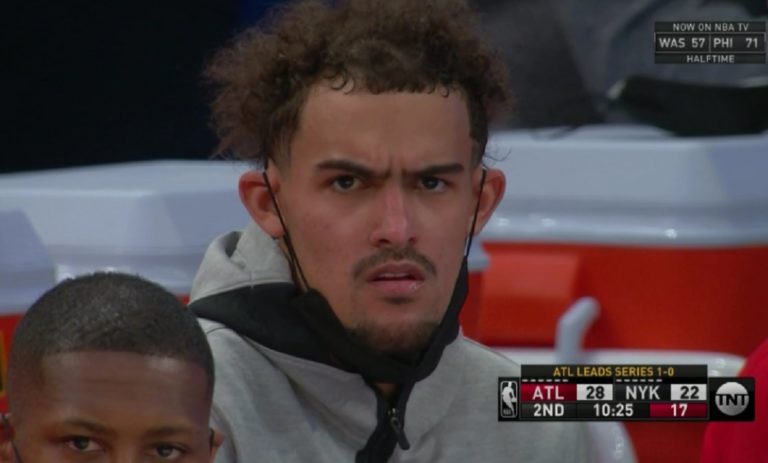 Atlanta Hawks’ star player Trae Young ended the series-clinching game on Wednesday with a pretty original gesture: He bowed in front of the Madison Square Garden’s crowd after making a three-pointer with 43.7 seconds left in game 5. The show is over, – he meant – New York Knick’ fans go home.

“I know there are a lot of shows in the city…and I know what they do when the show is over” Young commented after the win.

The Hawks’ star player had been sparring with Knicks fans the whole first-round playoff series. After the Hawks’ game 1 win, he said he enjoyed being the target of the Knicks’ fans vulgar chants. In game 2, the Knicks’ supporters teased Young about balding and one of the fans even spit on him during the game.

Young kept going back and forth with the Knicks’ fans. He was the top scorer in game 5 with 36 points in the 103-89 victory over the Knicks. The point guard joined Michael Jordan as the second player to ever have three consecutive 30-point playoff games at Madison Square Garden.

The show goes on for the Atlanta Hawks: They’re facing the Philadelphia 76ers in round two of the playoffs. Game 1 is on Sunday at 1PM ET.

Kobe Bryant and his love for Italy

Ugas hands Pacquiao 8th career defeat. Is this the end?

Harden’s 34-point triple-double leads Nets’ elimination of Celtics in game 5
Booker on fire: Kobe was there. Suns eliminate Lakers. LeBron about his offseason