Booker on fire: Kobe was there. Suns eliminate Lakers. LeBron about his offseason 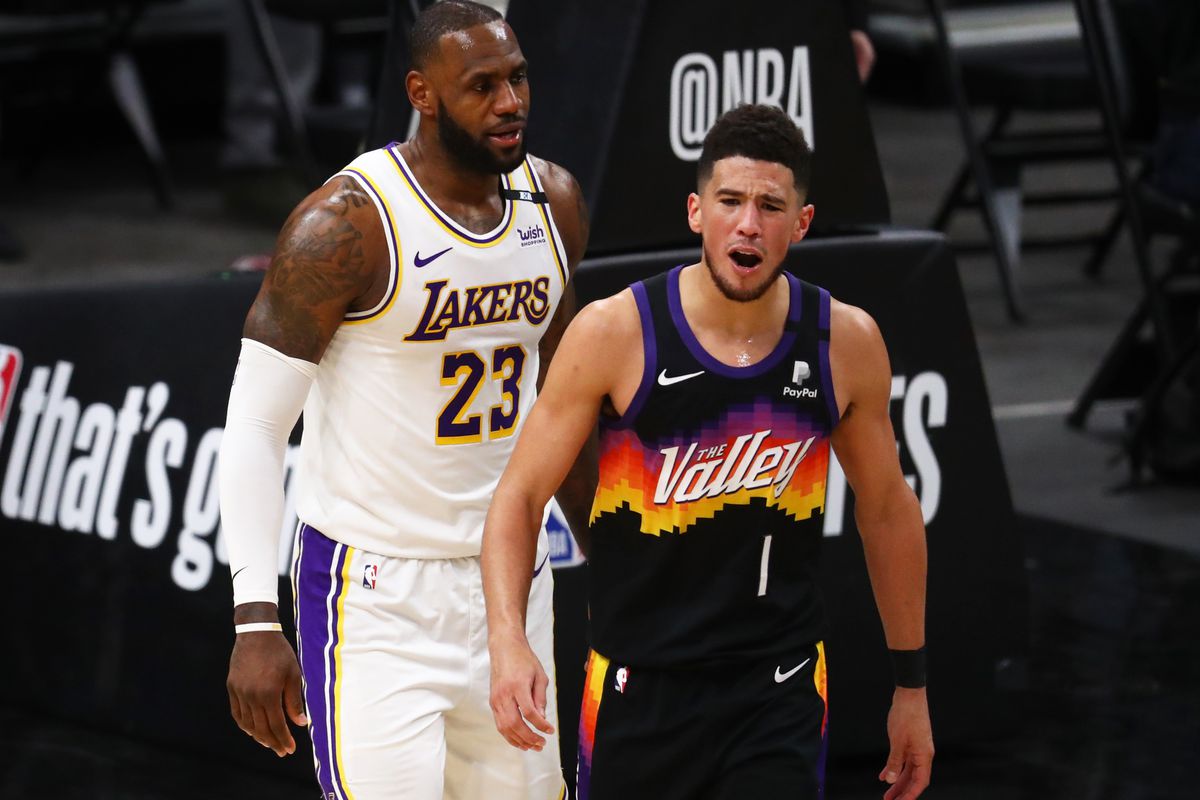 Devin Booker was phenomenal in game 6 of the first-round series against Los Angeles on Thursday. With 47 points and 11 rebounds, he led the Phoenix Suns to eliminate the Lakers, becoming the third player in NBA playoff history for number of points scored against the LA team. Before him, just Sleepy Floyd (51) and Allen Iverson (48).

Booker said he felt Kobe Bryant’s presence in the arena. “I was thinking about [Kobe] and the conversations that we had. Kind of about what we just went through, the postseason and being legendary and taking the steps to get there. So seeing that 8 and that 24 up there, with the way that the lighting at Staples has right here, it feels like it’s shining down on you,” he explained.

The 113-100 Los Angeles defeat brought an end to LeBron James’ perfect record: prior to this loss, LeBron had a 14-0 first-round series record in his playoff appearances with the Cleveland Cavaliers, Miami Heat, Los Angeles Lakers.

The Suns dominated the game from the beginning, leading 36-14 at the end of the first quarter and 62-41 at halftime. This was the first time James’ team lost back-to-back games in the opening round. The Lakers were up 2-1 in this series, but lost three consecutive games. During his career, LeBron has qualified for the NBA finals 10 times and has only missed the playoffs on three occasions. Last year, the Lakers won the championship and James set the record for most postseason games played in an NBA career. The Lakers had to fight with injuries the whole season and qualified to the playoffs beating the Golden State Warriors in the play in tournament.

The Suns appear in the playoffs for the first time since 2010 and advance to round 2 to face the Denver Nuggets.

Watch our interview to Devin Booker about how Kobe Bryant changed his life here: https://viaggiosport.com/2020/02/devin-booker-kobe-changed-my-life-he-is-going-to-be-here-forever/

Trae Young ends game in New York like a Broadway show: With a bow
Nets-Bucks prediction. Giannis-Harden beef will make the series even spicier
Loading Comments...