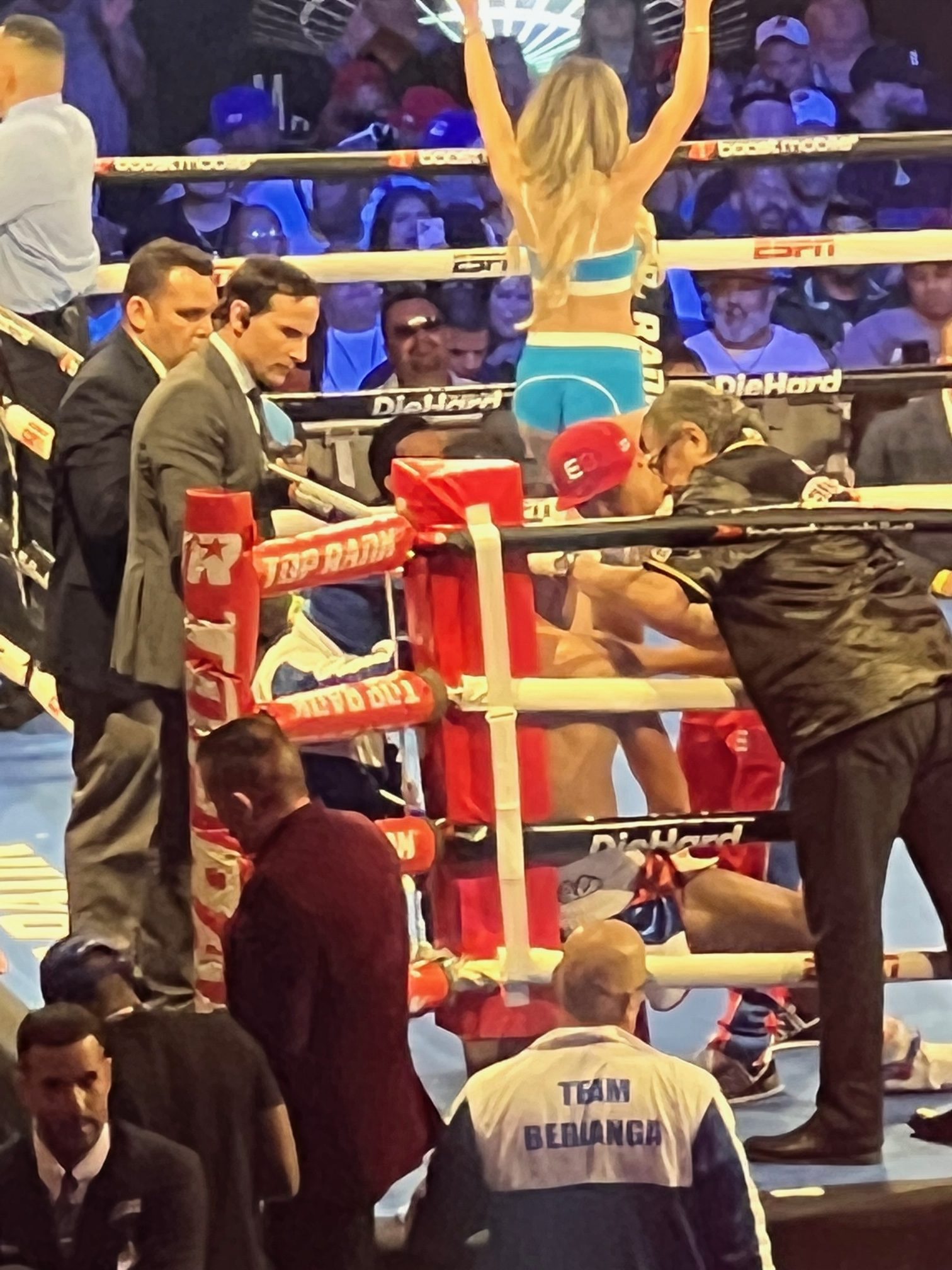 In a couple of Mike Tyson-esque moments, Berlanga tried to bite his foe on the left shoulder and then on the left ear during round 7. “He was throwing elbows. I was about to do a Mike Tyson on him. He kept throwing his elbows, and I didn’t want to get cut,” the Puerto Rican Brooklynite commented.

The crowd of 4357 fans was mainly Puerto Rican or pro-Berlanga, while his challenger kept getting booed. The fight was on Puerto Rican night at The Garden on the eve of the Puerto Rican Day Parade in New York.

16 first round knockouts made Berlanga famous

Know as “The Chosen One”, Berlanga became popular for his first-round knockouts in his first 16 fights. In this bout, he outboxed his Colombian opponent using his jab. Angulo landed an uppercut in the fourth round, bloodying Berlanga’s nose. “I just got the experience I needed. My power is still there. I hurt him a couple of times. I didn’t want to fall for any traps or anything. He’s a tough guy.”

“Mentally, I felt good. I felt happy the whole training camp. I moved the training camp to Puerto Rico, and I can’t be more grateful to be on my island training. I did a full camp for this fight, and you see the difference tonight, “ he added.

Angulo didn’t agree with the judges’ decision.  “I think we both had a solid performance. He’s a young fighter, he’s a strong fighter, but nonetheless I think we both did well. I think I did better than him, “he commented after the fight.

Let’s face it: It wasn’t a very dominating not impressive fight for Berlanga.