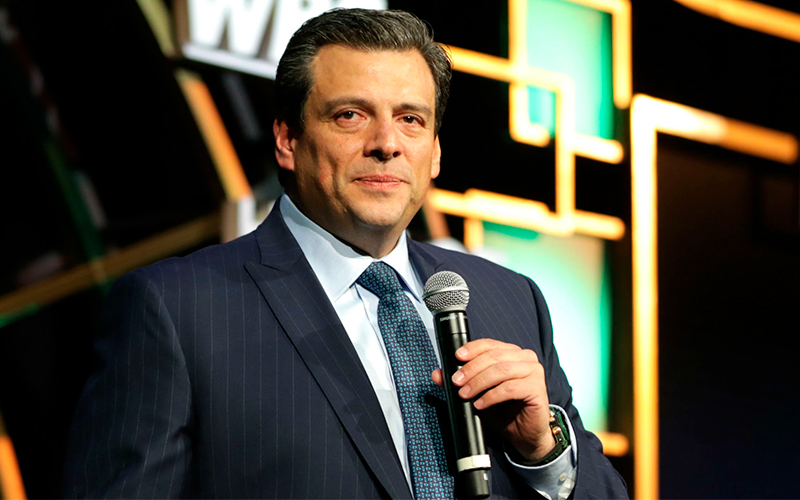 WBC President Mauricio Sulaiman announced over the weekend that he would join the attendees and other dignitaries at this year’s 20th Anniversary Gleason’s Gym Boxing Fantasy Camp in Atlantic City in August. Gleason’s Gym owner Bruce Silverglade added that the WBC President would bring former WBC champions along as his guests; names will be released subsequently. Bruce said this was wonderful news. Truly fitting for this year’s platinum anniversary camp.

“Having Mauricio, who’s such a pillar to boxing throughout the world, and someone who’s helped so many people is one of the highest honors… It’s quite humbling,” said Bruce. “Boxing may be the only sport where you train right next to world champions and top contenders, and that’s often true at Gleason’s. And, for the Fantasy Camp, we guarantee it for four straight days,“ he continued. Mauricio Sulaimán followed his father, José Sulaimán, as WBC President after his father’s passing in 2014. During his time as head of the organization, Mauricio has been guided by the values and principles impressed upon him by his father over José’s 38-plus-year tenure as WBC chief, such as honesty, responsibility, respect, and loyalty, solidarity, and the invaluable gift of friendship. Proceeds from Gleason’s Gym Fantasy Camp support the Give A Kid A Dream charity run by Gleason’s Gym, which helps disadvantaged youth in New York.

Camp at the Showboat in Atlantic City

This year, the camp will be held at the Showboat Hotel & Entertainment Center in Atlantic City from August 11th to August 14th. The camp includes intensive boxing discussions, training sessions, sparring sessions, and training drills. It gives everyone a chance to learn from world-class trainers, Hall of Fame boxers, and world champions both past and present. It ends with a showcase, the Fantasy Camp sparring show. Men, women, and children are all welcome. No previous boxing experience is necessary. All skill levels, from beginner to veteran, are welcome.

More information and media are available online at: https://www.gleasonsgym.com/camp.

Bruce Silverglade is available for interviews and comments presently, and throughout this week. Please call him at Gleason’s Gym (718)797-2872.