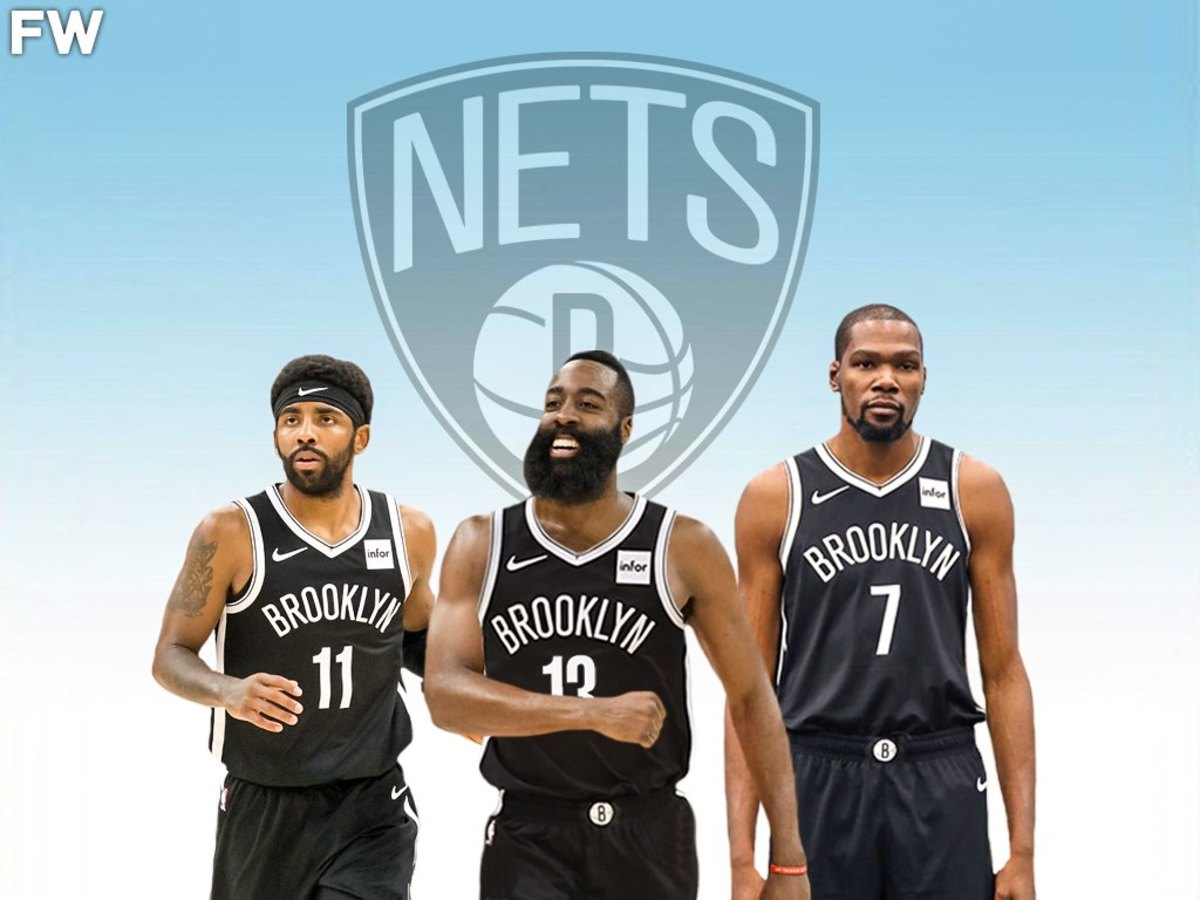 Becoming a Super Team might cost way more than the price you see on paper: The Brooklyn Nets reportedly pay for anything their star players want, including buying players’ girlfriends a “house in California for a week”.

During an interview on the “Dan Le Batard Show with Stugotz”, Nets insider Matt Sullivan said the Brooklyn team would pay to rent out houses for players’ girlfriends and lovers.

“A very high-ranking official with the Nets who had a lot to do with the money said basically there’s a blank check as soon as these guys got here,” explained Sullivan, author of the book “ Can’t Knock the Hustle: Inside the Season of Protest, Pandemic, and Progress with the Brooklyn Nets’ Superstars of Tomorrow”.

“Whether that’s buying a girlfriend or a girlfriend on the side a house in California for a week, whether that’s just putting up money for the boys and the homeboys and equipment for random s***, they’re totally cool with that. Just renting a house on the team dime,” Sullivan added.

The Nets’ Big 3 will make over $120 million combined during the 2021-22 season. Without counting all the extra benefits. “These guys don’t pay for a lot of personal stuff themselves,” Sullivan told a shocked Le Batard. “And so, the financial team of the Nets would kind of come every week or so, they’d be like, ‘OK, we thought we had this under control. We’ve got to redo the budgets every week.’ And they were like it was just a new thing every damn time.”

Catering to your superstars is somewhat expected, but there’s a fine line teams should be careful not to cross. The Nets aced both Kevin Durant and Kyrie Irving ahead of the 2019-20 season and seemed to be doing everything in their power to keep them happy. The Brooklyn franchise reportedly overpaid for DeAndre Jordan because of his friendship with the duo.

The star players got to basically chose a new coach and were able to bring in a new super star, James Harden.

Kyrie Irving got away with a lot during the pandemic and didn’t show up to a few games.

In his book, Sullivan spoke about Durant’s love for smoking weed and the secret training camps during the Coronavirus pandemic. The team supposedly broke Covid protocol during the offseason to allow Kyrie Irving and Kevin Durant to workout together.

Isn’t renting out houses for girlfriends and side chicks a hidden violation of the NBA’s salary cap rules? According to Sullivan, the team doesn’t really care and wants to appear as a “modern franchise” that does everything for its players, including off-court favors. Will the NBA investigate?

From the NBA Playoffs