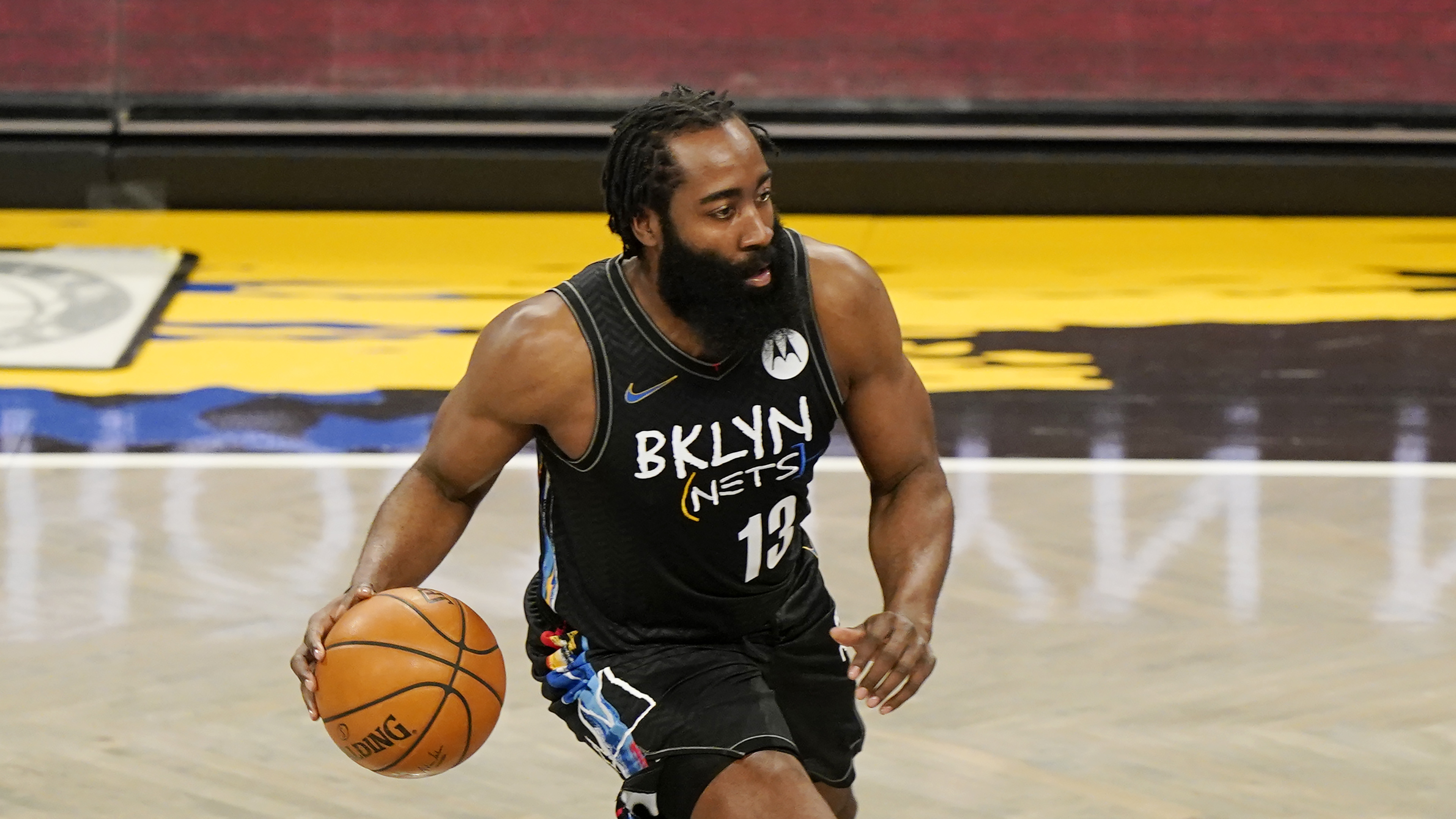 Game 1 of the most anticipated matchup in the NBA playoffs ended with a Brooklyn Nets 115-107 victory over the Milwaukee Bucks, despite the absence of one of Brooklyn’s biggest scorers and leaders. Brooklyn lost James Harden to a right hamstring injury in the opening minute of the Eastern Conference semifinal game.

Harden was among the MVP candidates before missing 20 games in April and May, including two losses to the Bucks, because of a right hamstring strain. Brooklyn’s Big 3 were only able to play together eight games during the regular season and had just declared to be very happy to be finally all healthy during the postseason. That didn’t last long.

Harden re-injured his hamstring while driving to the basket 43 seconds into the game.

The nine-time all-star went to the locker room and then left the arena to undergo an MRI. How is this going to impact the Nets’ championship hopes? Are the Big 2 enough? How long is Harden going to be out?

“I didn’t realize what had happened until he started walking off the court,” Kevin Durant said. “It just sucks. I want him to be out there. I know how much he cares. I know how much he wants to be in this moment. I’m wishing him a speedy recovery, and we’ll keep him involved as much as possible. It’s just a bad break.”

Durant had 29 points and Kyrie Irving 25. The rest of the team stepped up. Blake Griffin had a very impactful game, with 18 points and 14 rebounds in 35 minutes on the floor. He received a standing ovation from the public once he left the game.

“For two years, I didn’t hear much positivity, and probably rightfully so, but it’s pretty crazy how quickly it happens,” the six-time All-Star declared in the post game press conference. “I’m just thankful for this chance.”

“After the initial shock for him [Harden] being out so quickly, we kept our head above water […] unfortunately we have a lot of practice, a lot of experience playing with guys out all year so it was kind of fortunate we knew exactly what to do” Griffin added.

“It’s never easy to lose anybody, especially at this time of the year, where we just want to have fun playing basketball and playing the right way, and competing at a high level” Kyrie Irving said. “We are obviously out there for a bigger reason. So, when we see the game being snatched away from one of our brothers we feel for him. We just had to make a quick adjustment.”

Nets-Bucks prediction. Giannis-Harden beef will make the series even spicier
James Harden’s injury update. How long will he be out?