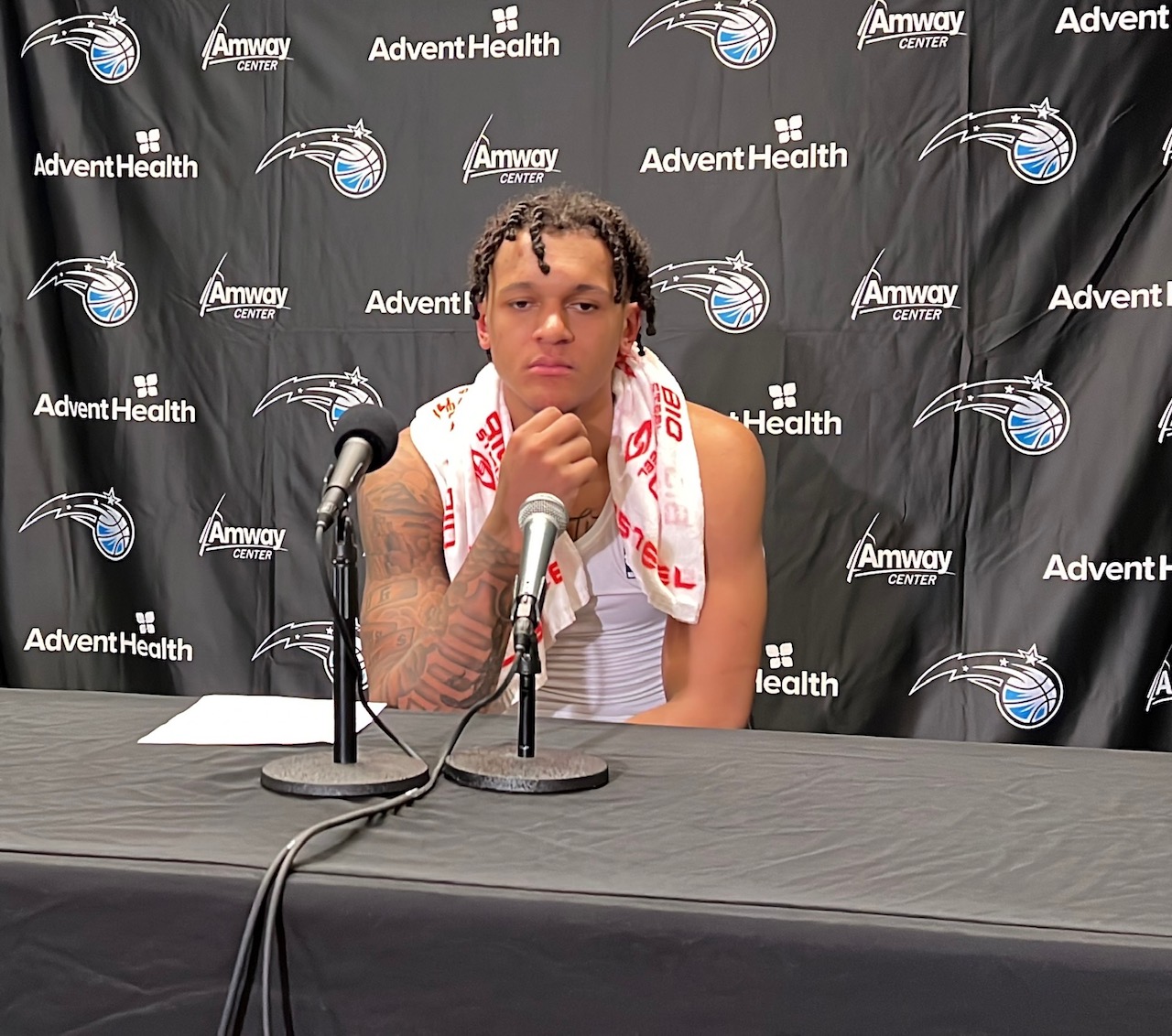 Which factors is he taking into consideration to make this choice and how likely is he to play for the Italian national team?

“It’s going to be a couple factors. Just how I am feeling after the season, how my body is feeling, how my mind is feeling because going to the World Cup you can’t take it lightly,” Banchero told VSport after the game vs the Nets at Barclays Center in Brooklyn.

“It’s just as competitive as the NBA, maybe even more. Countries are battling, so you can’t go in there halfway in it. You gotta be all the way committed and so that’s something I am going to have to figure out with myself. If I am feeling great, then it’s more likely. If I am banged up, then it’s less likely.” The Seattle native also stated he will need to consult his agent Mike Miller and his family at the end of the season to take that decision. Banchero said he is “excited to meet” the Italian national team’s coach Gianmarco Pozzecco on December 3rd in Orlando as they have only spoken via phone or message and it will be interesting to “talk to him, hear what he has to say, know more about the team and the federation as a whole”.

Nico Mannion said Paolo is the missing link for Italy

Banchero’s friend Nico Mannion, Italy’s playmaker, said Paolo is going to be a superstar and he is the missing link for team Italy to go back to the podium at the World Championships.

Regardless of his final choice, what’s Banchero’s take on that?

“Nico contacted me, I spoke to him,” the Orlando Magic rising star said. “He has just been on me about playing. They have been very competitive in the past couple of competitions. I think what he is saying is probably true. He is the point guard on the team, so he definitely knows what that team needs. He’s a great player.”

What has Paolo learned so far in the league?

“I have learned – well I am still learning – you can’t beat yourself up. You have to move on to the next play and the next game. Today I was really frustrated with myself. Later in the game missing free throws, that last turnover – even though we were down a couple points – just losing the ball right there…but really the free throws are something that has been frustrating me the last couple games. I just gotta move on and bounce back,” Banchero said after the Magic 102-109 loss to the Brooklyn Nets.

But Paolo has been the leader of an NBA team in his rookie year, a pretty impressive feat.

How does he manage pressure, expectations and responsibilities?

“I just try and stay true to myself and what I know,” he said. “Just stay humble, stay grounded and have fun. Like right now, I wouldn’t say I am having the best time because I am frustrated. But eventually, when I wake up, I will just try to forget about it, lighten up and move on. Really just try to keep having fun with it every day.”

How does his coach Jamahl Mosley see Banchero’s incredible leadership as a rookie and playmaking abilities continue to develop?

“He is growing so much, ” Mosley stated. “He has done a great job of recognizing moments, understanding what we need to run down the stretch, trying to make the right play. He has done that tons of times. He is looking for his teammates. Obviously, when it’s time for him to get to the basket and score, he looks for that as well.”

His teammates praise him.

“Really impressive. Really composed, really patient for a 20-year-old,” Wagner told us. “He communicates really well with us. He is very competitive and gives us a lot of confidence out there when the situation gets tough.”

Celtics might lose Udoka to the Nets. Tatum, Smart’s reaction
Giannis Antetokounmpo: The NBA vs Eurobasket, a different experience