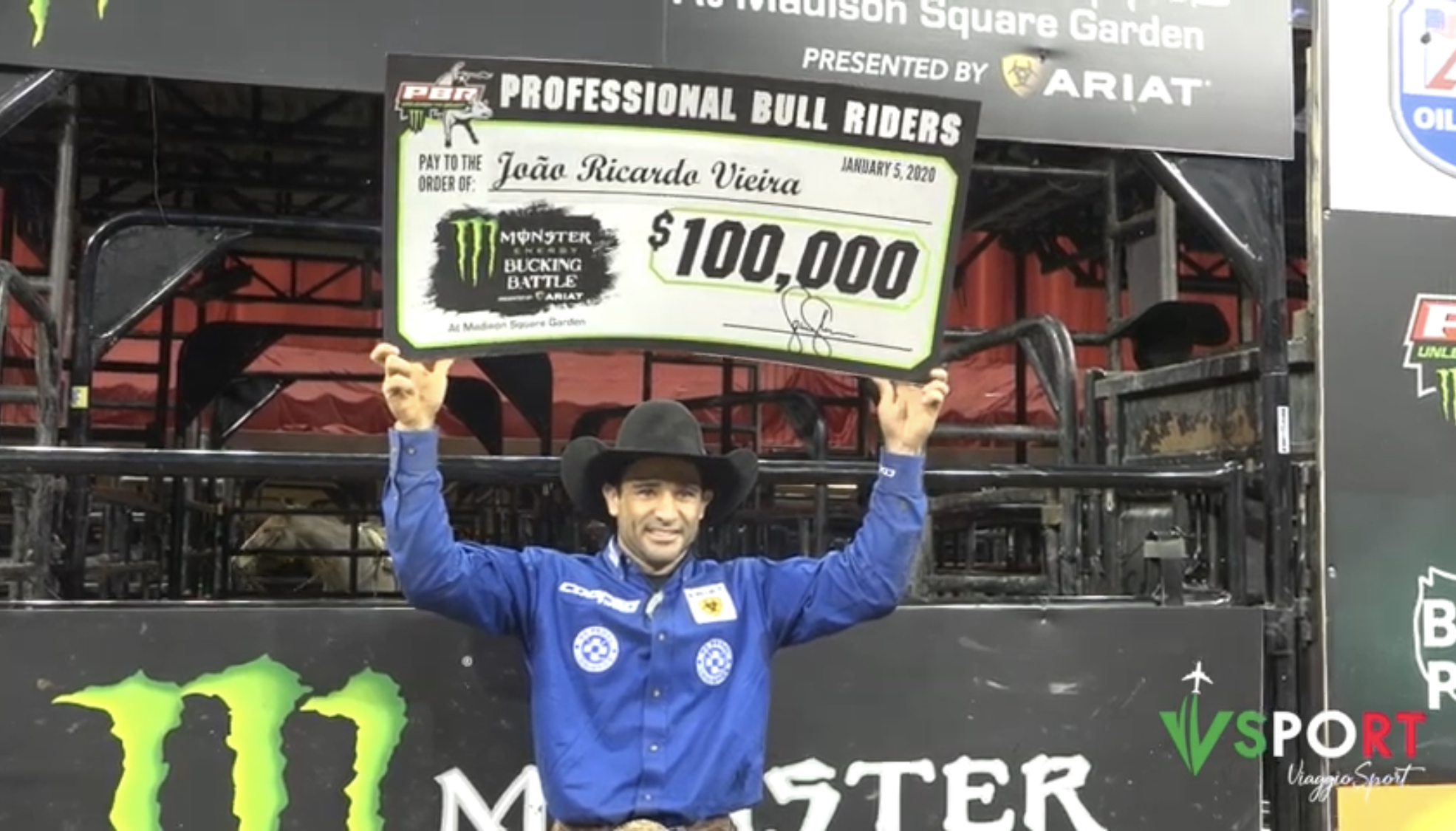 Joao Ricardo Vieira delivered a flawless 4-for-4 performance to win the PBR Unleash the Beast Monster Energy Buck Off in front of a very energetic crowd in Madison Square Garden, New York.

With an 87.25-point ride aboard Bezerk, the 35-year-old Brazilian cowboy from Itiatinga secured his victory in the 2020 season-launch Major, winning a $109.000k check and 192 world points. The veteran bull rider surged to number 1 in the world and he now leads his fellow countryman Kaique Pacheco (Itatiba, Brazil) by 26.5 points.

Pacheco was second in the PBR Tour kickoff, while 2-time PBR World Champion Jess Lockwood finished third and is now 3rd in the world standings as well. The Garden was on fire when Lockwood won the Championship Round with a 91.75-point performance. But in round 2 Lockwood fell after 2.52 seconds.

Mason Taylor was fourth to climb to N.4 in the world as well.