Nets-Bucks prediction. Giannis-Harden beef will make the series even spicier 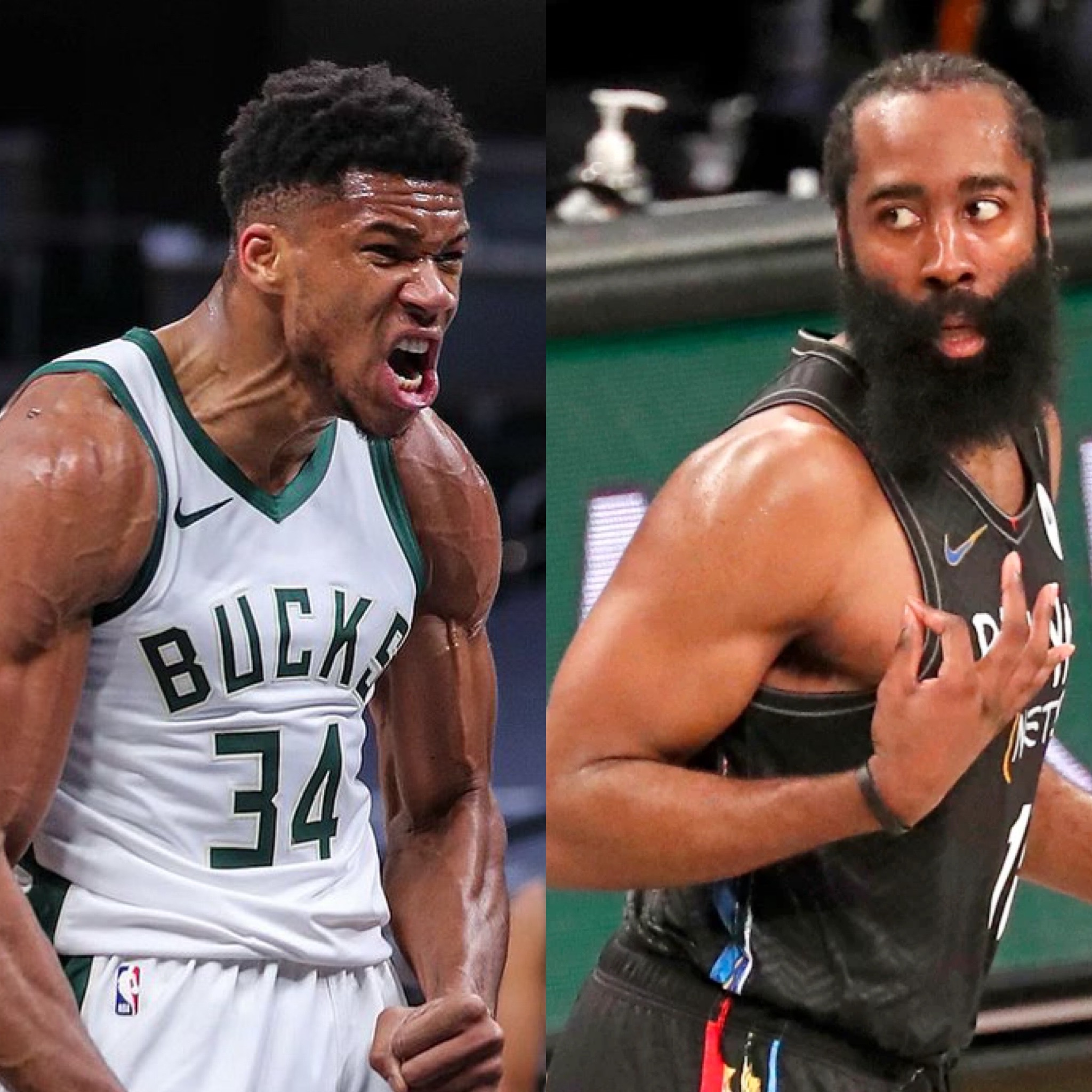 The highly-anticipated second-round series between the Brooklyn Nets and the Milwaukee Bucks tips off this evening at 7:30 P.M. at Barclays Center. No shortage of star power for this matchup: n. 2 seed Brooklyn has four players who have made at least six All Star teams in Kevin Durant, James Harden, Kyrie Irving and Blake Griffin. N. 3 seed Milwaukee has three All Stars – Giannis Antetokounmpo, Khris Middleton and Jrue Holiday.

Can the Eastern Conference Semifinals live up to the hype? Both teams are legitimate title contenders, so this series might be one of the most intense of the entire playoffs. The Bucks swept the Miami Heat and haven’t lost a game in this postseason. Brooklyn eliminated the Boston Celtics in five.

Milwaukee won two of the three games against Brooklyn in the regular season, but the Nets were plagued by injuries.

Not many players in the league can guard Giannis Antetokounmpo and the Nets are not famous for their effective defense. The two-time MVP averaged 23.5 points, 15 rebounds, and 7.8 assists in round one against Miami. Milwaukee has a size advantage against Brooklyn, which might turn out to be a crucial factor. Can the Nets’ defense step up to hold up against the strength and size of Giannis and Brook Lopez?

2018 MVP James Harden is going to be another fundamental factor in this series, with his high basketball IQ and his ability to smoothly run the game’s tempo. Harden has become a selfless player since he was traded to the Nets. The Bucks’ top five defense is going to have issues containing the Nets’ powerful offense.

There’s some personal beef between the Greek Freak (Antetokounmpo) and The Beard (Harden), which is only going to make things spicier. The strife became evident when Giannis was named the league’s 2018-19 MVP, while Harden was the runner-up for the third year in five seasons. The two players kept exchanging jabs. Direct or subtle. Harden declared that politics determined the MVP winner.

During the following season’s All Star Draft, team captain Giannis was torn between chosing Trae Young and Kemba Walker. “You don’t want the dribbler?” Charles Barkley asked, referring to Harden.

“I want somebody who’s gonna pass the ball” was Antetokounmpo’s answer.

When asked about his team’s approach during All Star, Giannis answered “Offensively, we were just trying to find whoever James Harden was guarding. That’s what we thought we’d have the opportunity to score on”. Antetokounmpo implied that Harden is a bad defender, while the 6’5” shooting guard didn’t have amicable words to describe the Greek player’s skills.

“I wish I could just be seven feet and run and just dunk. Like, that takes no skill at all. I’ve got to actually learn how to play basketball and have skill, you know? I’ll take that any day” James Harden said.

We have to say that Giannis’ athleticism is, nevertheless, probably unmatched in the league.

During a live Q&A on Instagram last August, Antetokounmpo paused for a few seconds when asked who was the toughtest player to guard. “I’ve got to go with James Harden” he answered. Was this peace?

In any case, it’s going to be a tough matchup and it might go to seven games.

Odds via BetMGM for game 1: