Canelo Alvarez vs Saunders: The quiet before the storm 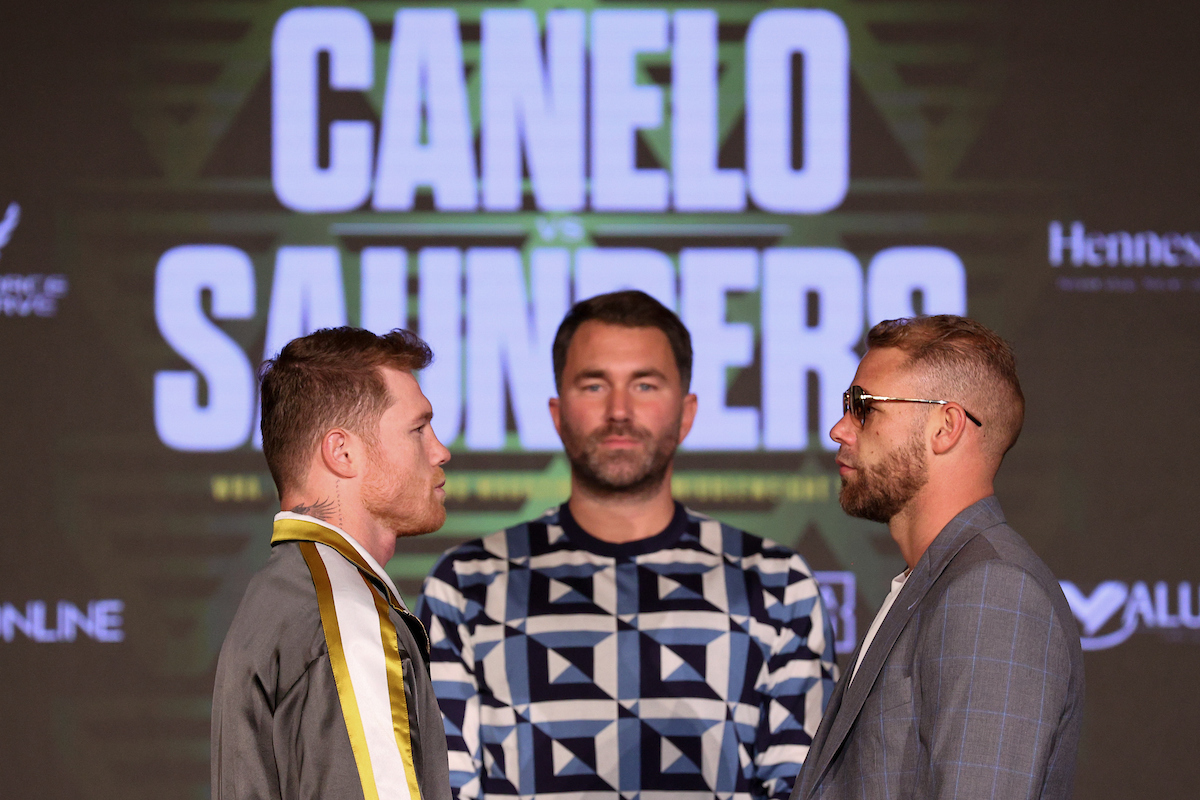 The super-middleweight unification showdown between Saul Canelo Alvarez and Billy Joe Saunders is set to beat the American indoor boxing attendance record this Saturday May 8th at AT&T Stadium in Arlington, Texas. You can watch it live worldwide on DAZN and on TV Azteca in Mexico/Latin America.

Considered by many the best pound-for-pound boxer on the planet, Canelo is “thankful for the response of the people and that boxing is a sport that brings everything back to normal”.

“I’ve been involved in a lot of big fights and this is just another day at the office. I come to win, like I said boxing is my life and I come here to win” stated the four-division world champion.

The British two-time world champion is convinced to be the kind of fighter Canelo is not ready to face. “I don’t think we’ve had somebody come to win for a very long time. We’ve had a lot of people turn up, collect cheques and fly out but we haven’t had the heart, soul and IQ that I’ll bring to the ring on Saturday night to win”.
Saunders showed profound respect for his opponent. “He’s done brilliant things for boxing. He’s a good champion but like I said, there’s a time in life where you get tested […] I think he’s going to be bumping into the wrong man Saturday night to be going home with titles. I’m looking forward to a very good fight but most definitely the win” he stated.

Canelo is aware of the British fighter’s incredible qualities, but this doesn’t seem to impact his confidence in his road to undisputed. “He’s a great fighter, he has a lot of ability and he’s a southpaw. I’m not the same fighter I was six or seven years ago, this Saturday I will show that” declared the Mexican superstar.
Two excellent athletes, who aren’t able to accept the idea of a possible loss.

“There’s added pressure coming for both of us for this fight because both of us don’t want to go home the loser” explained Saunders, hoping to get a lot of support from his fans and from Canelo’s enemies. “At the end of the day, half the Mexican people like him, half don’t, so hopefully half that don’t like him will be supporting the Gypsy boy, we’ll get it rocking and rolling. This is for all the Gypsies back home, everyone in the UK, plus half the Mexicans, get behind me” said the Brit boxer.

Canelo: I could stay at Super-Middleweight until the end
Canelo Alvarez vs. Saunders: Fight Analysis & Prediction
Loading Comments...