Canelo: I could stay at Super-Middleweight until the end 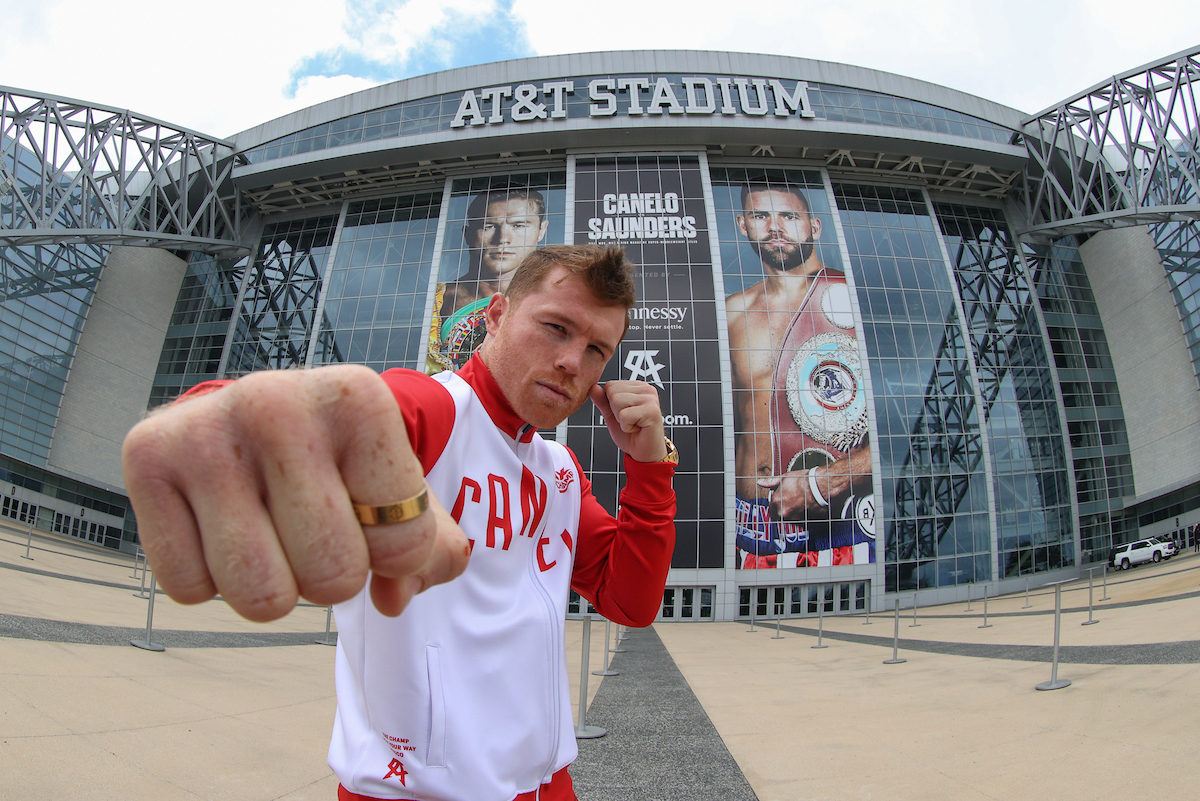 “He thinks he’ll give me a boxing lesson?” said Canelo. “We’ll see. I am not the same guy I was five or six years ago. I have experience, I am a more mature fighter. So he can say whatever he wants, on Saturday night, he is in a different level of fight. I hope that I don’t need the judges on the night”.

The Mexican boxing star has a clear vision for his career path. “We have always been open about what our short and long term plans have been. I want to unify the 168lb division, and Caleb Plant would be next in line to secure that short term goal if successful against Billy Joe Saunders” explained Alvarez.

“The goal is to be undisputed at 168lbs and then we’ll see. I think I could stay at Super-Middleweight until the end of my career. I think I have about seven years left until I retire, but I’m listening to my body and when it tells me to quit, I’ll quit” explained Canelo, now laser focused on his upcoming task against the unbeaten British boxer.

“We have faced everyone, lefties, righties, champions, former champions, so to us this is nothing new” added Canelo’s trainer Eddy Reynoso, responding to those people (e.g. Tyson Fury) who had been saying Alvarez has never fought against someone like Saunders.

The 31-year-old Brit is putting his WBO title on the line at the home of the Dallas Cowboys. Despite having won all 30 of his professional fights, Saunders has been criticized for his behavior outside the ring, while his fighting style has earned mixed reviews.
“I ain’t done it right, but I’m here” he said. “Two-weight world champion, two-time world champion. Thirty fights, thirty wins. Won every single fight on the way, beat everybody’s prospects coming through” said Saunders. “I don’t want to go ‘right’ if I’ve done it wrong. I do not want to go right. I will carry on doing it like this. I want to carry on going the wrong way”.