Who is Anthony Joshua? The British fighter explains what he stands for ahead of his US debut 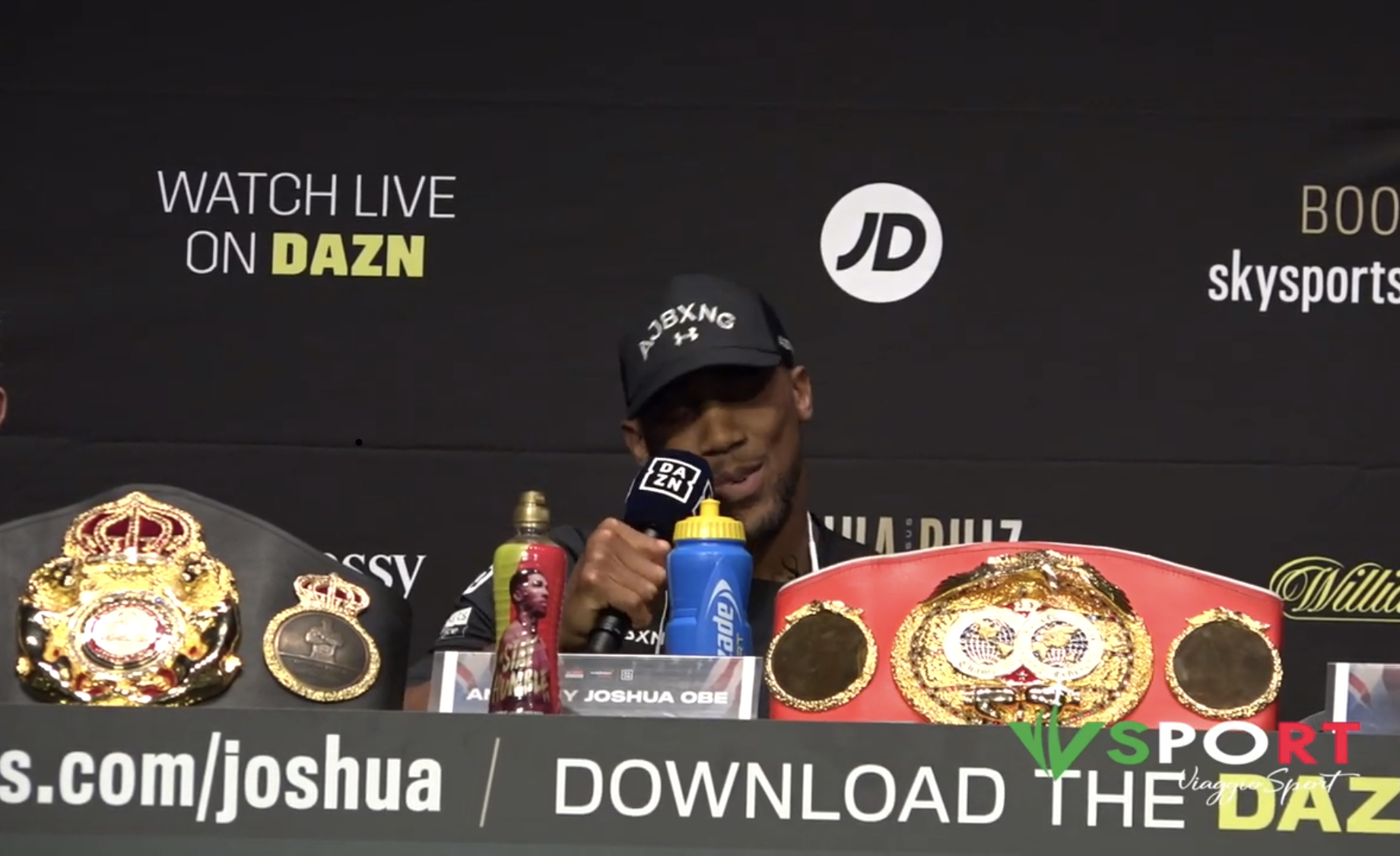 The WBA, WBO, IBF, IBO champion of the world Anthony Joshua is ready for his debut in America vs his new opponent Andy Ruiz.
The English boxer said he doesn’t want to be a legend. Who is AJ today and who does he want to be in 10 years? Listen to what he said.

A fighter’s training and relationship with his coach.

“Fighting Andy [Ruiz] for me is just as dangerous as fighting Wilder or Fury because they all possess their own skills, so I have to take Andy deadly seriously” said AJ. “]No challenge is easy, no matter what the bookers are telling you or the odd makers. Andy is going to come in here and give me a real good fight and cause problems. It’s down to me as a champion to think smart, box clever, out box, out strength, and out muscle Andy Ruiz to get that win” he added.

The Mexican American opponent Andy Ruiz and his take on this matchup.
Watch the video.
Like, comment.