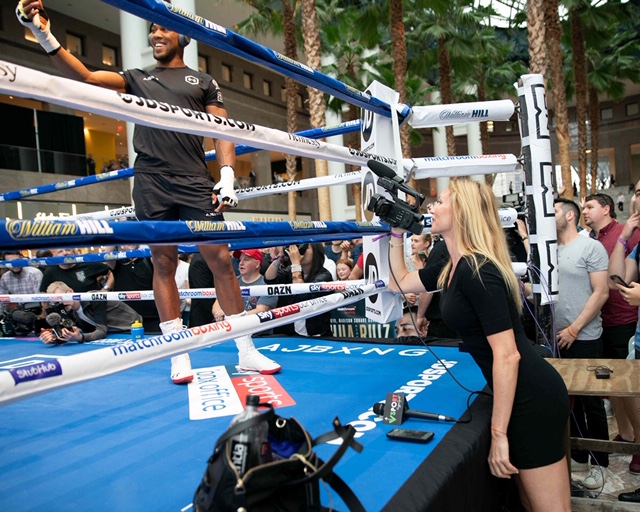 A new chapter in Anthony Joshua’s career: his first fight as a pro in the United States will be on June 1st in the Mecca of boxing, Madison Square Garden.

During his workout in the World Trade Center’s Winter Garden (New York), the WBA, WBO, IBF, IBO Heavyweight Champion of the World tells us about his American Dream and what it’s all about.

AJ knows he needs a great fight against Andy Ruiz in order to make a proper statement and impress the American market. “I need a big night. I have to prove myself in America. If you want to be respected out here, you’ve got to be the real deal”.

If the market still needs a statement, the public showed the British champion a lot of love. AJ took time to take selfies with his fans and sign autographs on anything that was handed to him, shoes included.

The English fighter, who repeatedly said he wants to be a man of the people, treated everybody with an uncommon level of kindness, empathy, and respect.