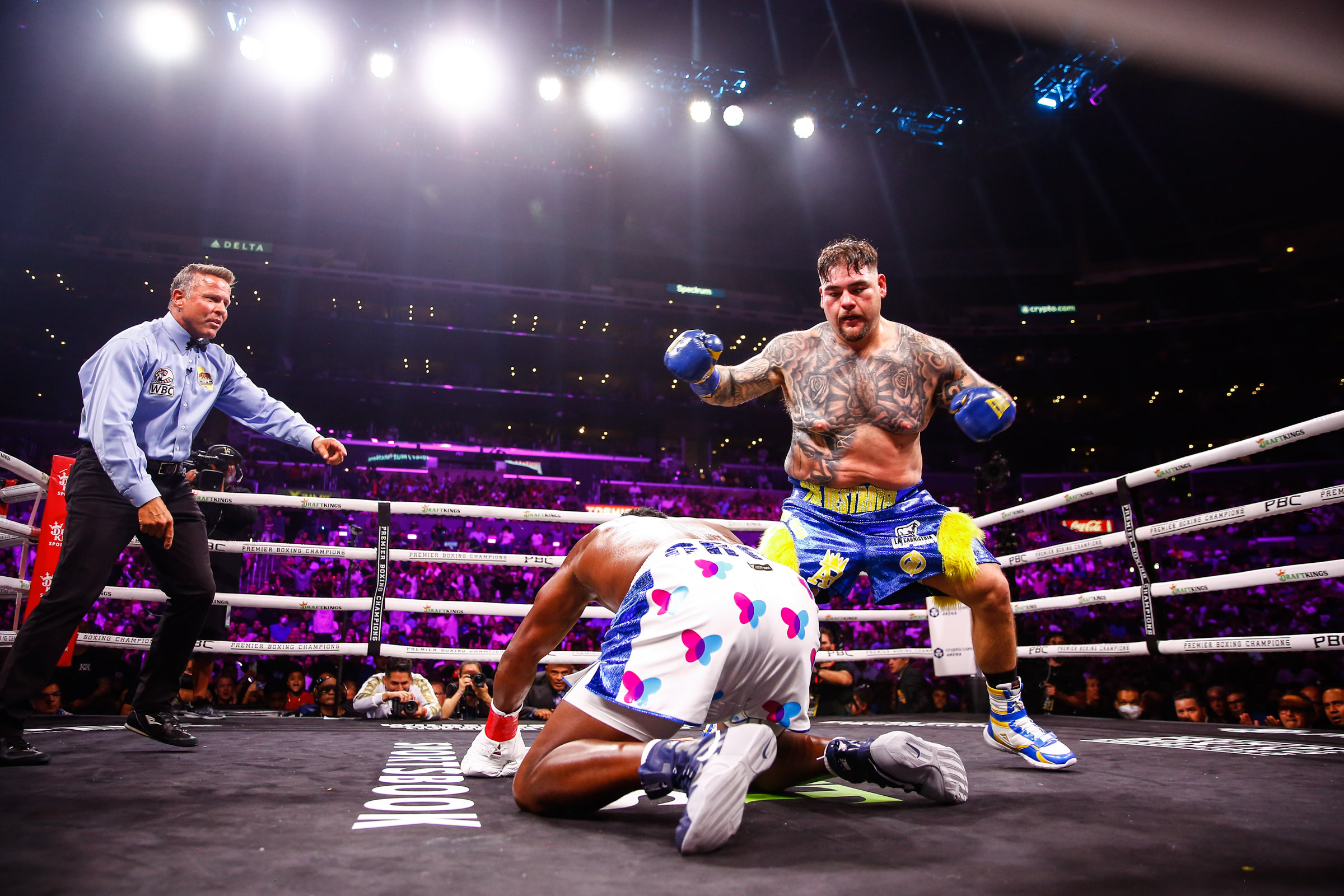 “Everyone was doubting me, but I worked so hard for this fight,” said Ruiz (35-2, 22 KOs). “Ortiz is a warrior who hits hard. I did a beautiful job boxing him around. I showed more class than I usually do just coming forward,” added the former unified heavyweight world champion.

Ruiz scored his first knockdown in the second round with a clean right hand.

Ortiz hit the canvas again in the same round, but he got back on his feet and stayed in the fight.

“I told you I was going to be a warrior and that’s what I did,” said Ortiz. “This is Cuba vs. Mexico. This is what I live for. To everyone who said that I’m old, I gave you a war today. There are always surprises in boxing, and that’s what you got if you didn’t think I’d give it my all.”

In round seven, Ruiz dropped Ortiz for the third time with an overhand right.

“It was a difficult fight,” said the Mexican fighter. “I was waiting for him to load up and countering him when he did. It was a blessing we were able to be successful.”

Ruiz vs Wilder next?

After the fight, Ruiz mentioned a possible bout against former WBC Heavyweight World Champion Deontay Wilder. “If Deontay Wins in October (Oct 15th vs. Helenius), me and him are with the same management and we can make this fight happen,” said Ruiz Jr. “Let’s do it. Let’s get it on. I’m hungry and I want to be champion again and bring that belt back to Mexico.”

Wilder was seated ringside and he seemed to appreciate the idea of a potential matchup.

“Deontay Wilder is back and I’m always looking for great exciting fights for the fans,” said Wilder. “If Andy Ruiz Jr. is what’s next, then I’m ready to get it on.”