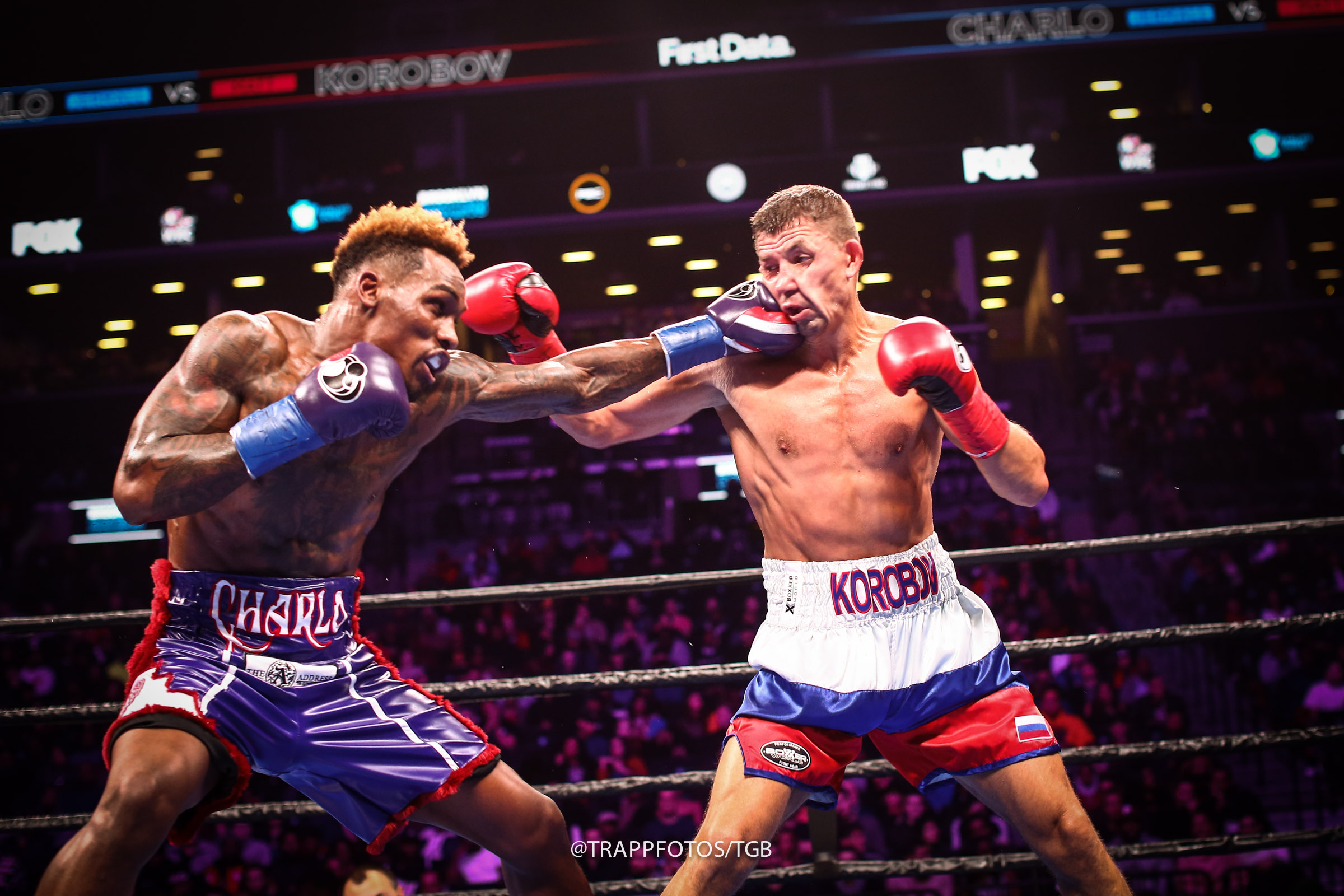 The run toward stardom of the Charlo brothers came to a halt on Saturday at Barclays Center, Brooklyn.

Jermell Charlo lost his WBC super welterweight title to Tony Harrison in the first defeat of his career. The fight was balanced: 12 rounds and a controversial unanimous decision in favor of Harrison’s accurate punches. “I dictated the pace. That’s what champions do” stated the new champion.

“They took the fight from me. I was pressing the action. He didn’t win that fight” protested the Texan boxer. The crowds in the arena agreed with him and booed the winner.

Jermell broke down at the press conference and started crying. “The judges are biased. There will be a rematch. […] I don’t fucking take losses easy. I don’t even play video games because I don’t like losing”.

The main event of the night saw the other Charlo twin, Jermall, retain his interim WBC middleweight championship with another unanimous, but controversial decision, which proclaimed his victory over Matt Korobov.

“I used everything that happened tonight as motivation in the 12th round. I haven’t been that far in a fight in a couple of years. It felt good to be in there, get hit and bang with someone. He was an experienced guy who will make me better” said Jermall Charlo. “I had fun in there with an opponent like that. I got the win and that’s the main thing. I still feel I’m the best in the world. I just need to prove it to the rest of the world” he added.

The Russian boxer had a totally different opinion: “I thought that I won the fight. It was definitely a fight that could have gone either way, but I believe the people know that I won”.

Korobov was a late-replacement for Willie Monroe, who failed an anti-doping test because of high testosterone levels.

American heavyweight fighter Dominic Breazeale returned to the ring after 13 months of inactivity and knocked out Puerto Rican Carlos Negron in round 9.

“I knew the big shot was coming, it was just a matter of time. Sure enough, when that right hand landed, I knew it was over” commented Breazeale.

“I’m next in line for Deontay Wilder, I’m coming for him. I’ve been waiting for him and I did what I had to do. I’m ready for him now” he added. In a very entertaining moment, Breazeale saw Wilder in the crowd and the two boxers had an intense stare down.

“He came to watch. He knows I’m next. He better be holding on to that baby really tightly, because I’m coming. Trouble is already here” declared Breazeale. Wilder screamed from the crowd.

Riverside Rocky Josesito Lopez talks about the daily routine for a fighter. Vegan? Not for me
Loading Comments...