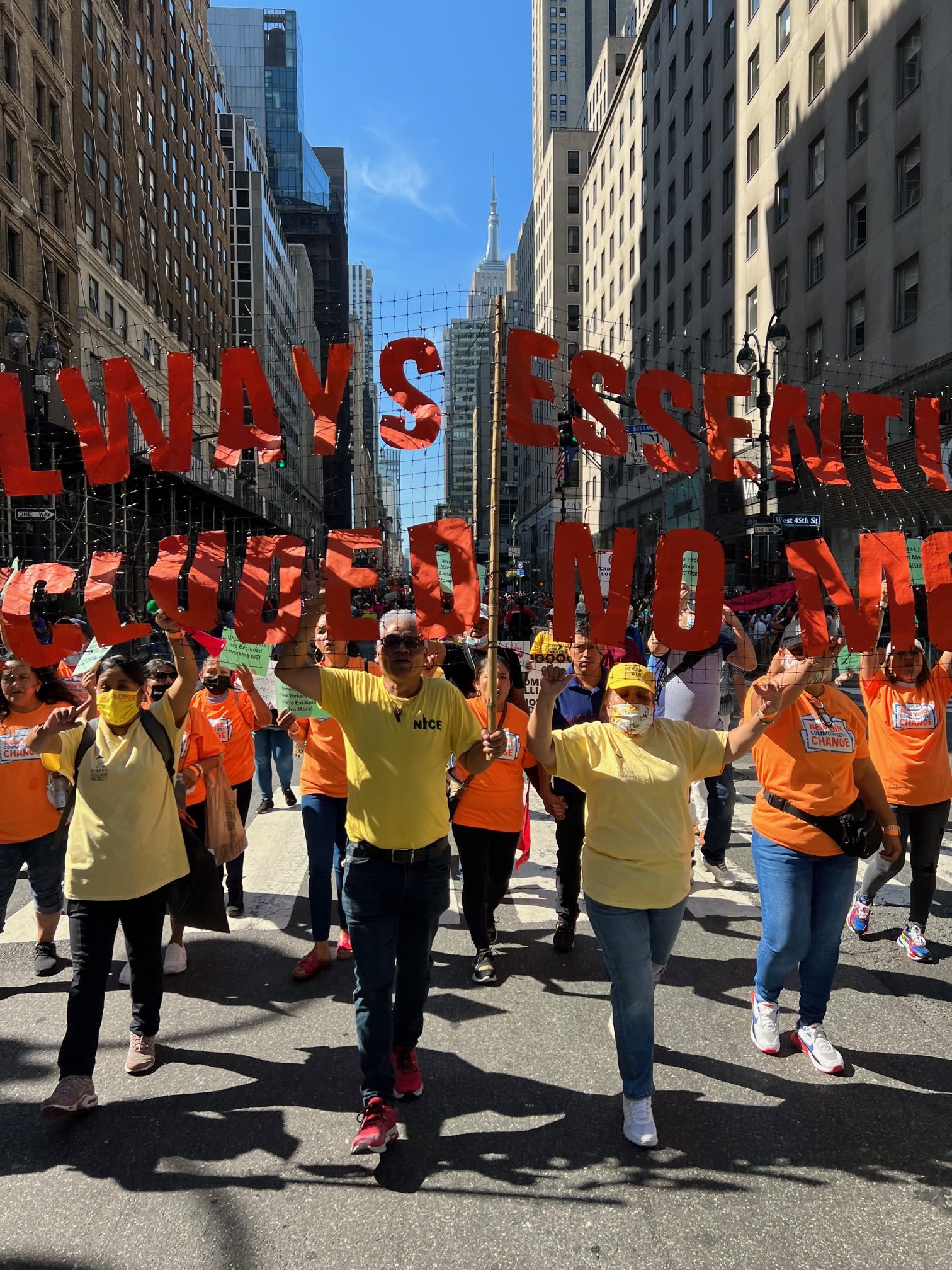 The annual march stepped off at 10 A.M. on Saturday, September 10th, five days after the Labor Day national holiday, with contingents of unions walking along the iconic Fifth Avenue from 44th to 64th street.

The parade’s theme this year was “Workers Leading, Workers Rising”.

Labor Secretary Marty Walsh led the way as grand marshal of the event. A former labor leader, Wash was sworn in as mayor of Boston in 2014 and re-elected in 2018.

In 2021 he resigned as mayor on the same day president Joe Biden named him Secretary of Labor.

“The Biden-Harris administration is committed to empowering workers to organize and collectively bargain and, at the Department of Labor, we are playing a leading role in mobilizing the federal government’s efforts to protect and advance the rights of America’s workers,” Walsh said.

“I’m thrilled to be Grand Marshal of the New York City Labor Day Parade and look forward to honoring the workers who carried our nation through a pandemic.”

The march returned to The City for the first time since 2019. Tens of thousands of workers, belonging to over 200 unions and groups, celebrated labor solidarity on the 140th anniversary of the first Labor Day Parade in the country.

In 1882, over 10,000 workers marched from NY’s City Hall to Union Square, starting the tradition.