Durant: Grow the f..k up! Kyrie Irving: A human zoo 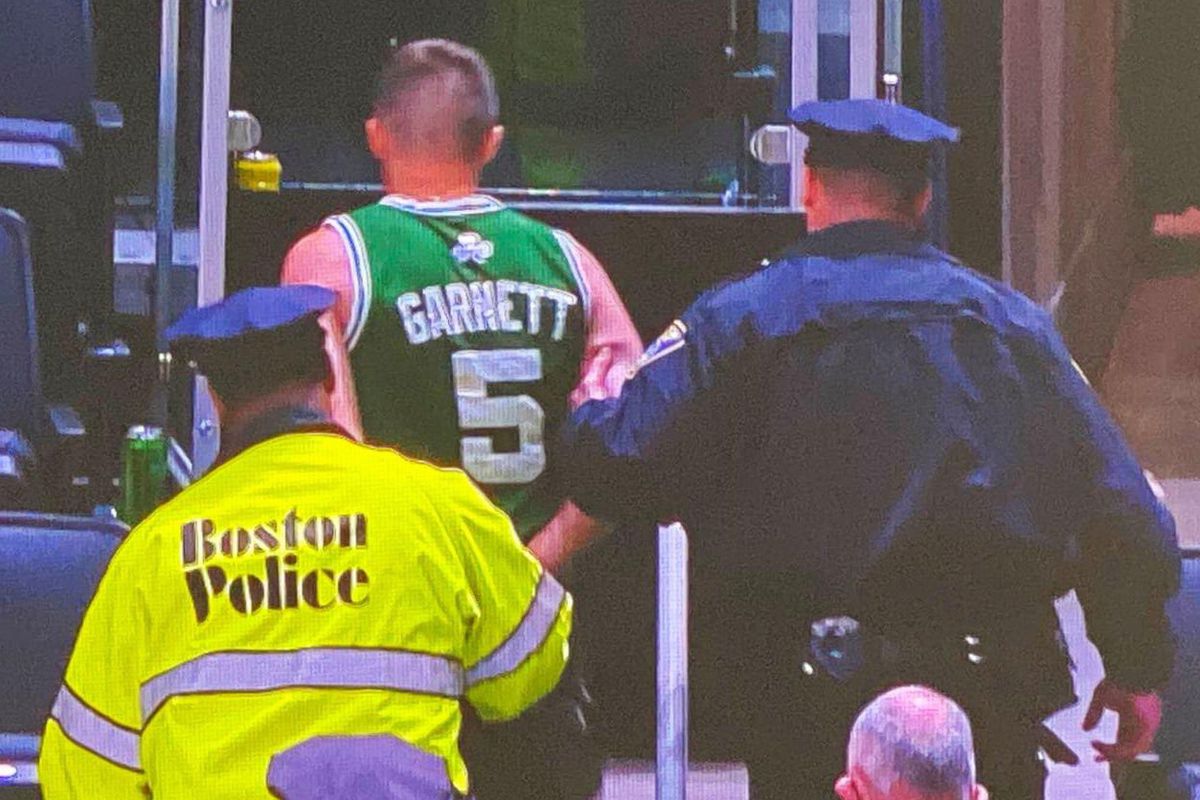 Durant: “Grow the F..k up”. Irving: “Treating people like they’re in a human zoo”

NBA supporters are reminding me more and more of football (soccer) fans in Italy, the U.K., Europe in general. A Celtics fan got arrested and is subject to a lifetime ban from TD Garden because he threw a full water bottle at Kyrie Irving while the Nets’ player was walking off the floor through the tunnel at the end of the game. Irving, a former Celtic who left the team on ‘not so good’ terms, was almost hit in the head. The 21-year-old fan is facing charges of assault and battery with a dangerous weapon. According to TD Garden’s announcement, he is subject to a lifetime ban from the Boston arena.

With a 141-126 win over the Celtics, the Nets took a 3-1 lead in the series and are just one victory away from clinching a spot in the Eastern Conference semifinals. Game 5 will be at Brooklyn’s Barclays Center on June 1st.

The Celtcs’ fans heavily booed Irving during both games at TD Garden. At the end of the fourth quarter, the Nets’ All-Star seemed to be wiping his foot on the Celtics logo on the court.

“You’re seeing a lot of old ways come up… just underlying racism and treating people like they’re in a human zoo” Irving said in the press conference. “Throwing stuff at people, saying things. There is a certain point where it gets to be too much.”

Kevin Durant had something to say about the incident: “Fans have to grow up at some point. I know that being in the house for a year and a half with the pandemic got a lot of people on the edge, got a lot of people stressed out,” he commented. “But when you come to these games you have to realize these men are humans, we are not animals, we are not in a circus. Have some respect for the human beings and have some respect for yourself. Your mother wouldn’t be proud of you throwing water bottles at basketball players or spitting on players or tossing popcorn. So grow the f**k up and enjoy the game. It’s bigger than you.”

In the first round of the 2021 playoffs there have been several incidents with NBA fans.

The number of incidents has increased proportionally to the number of fans allowed into the arenas.