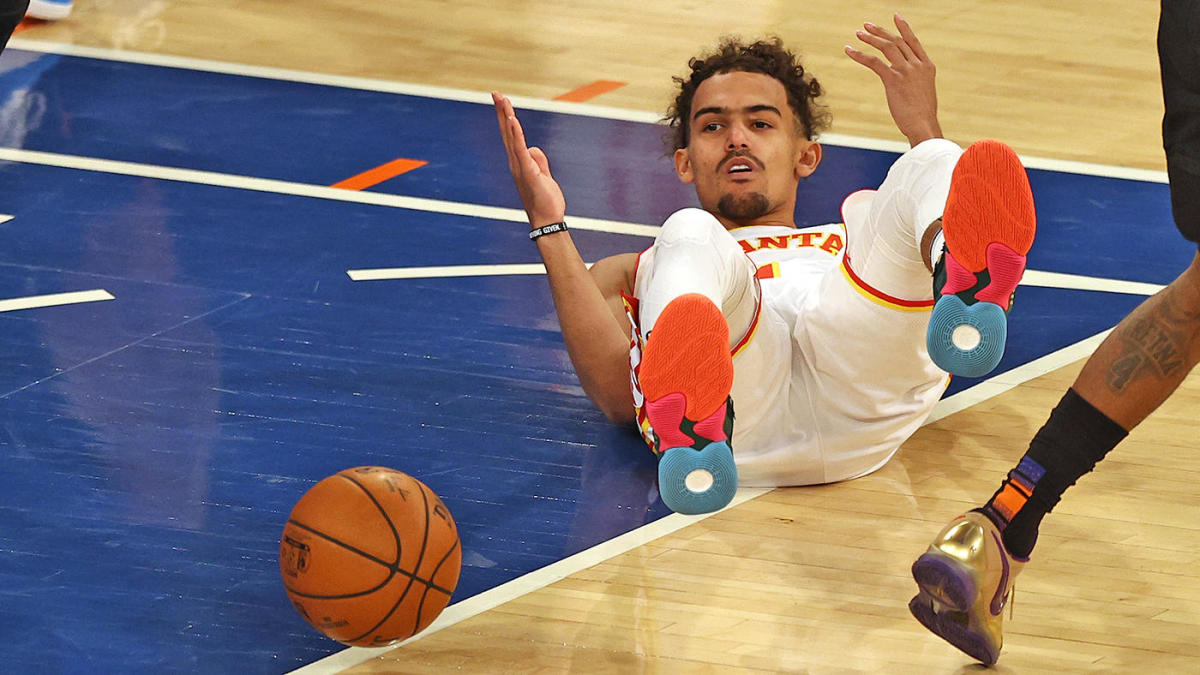 New York ran over Atlanta in game 2 of the playoffs to even the series: This means the Knicks fans will be able to enjoy at least another game at Madison Square Garden.

The atmosphere has been electric during these playoffs. The fans are excited, and emotions sometimes take over good judgment. Caught on camera while spitting on Atlanta Hawks’ star player Trae Young, a Knicks supporter has been banned from The Garden.

Due to his assertiveness and spectacular performances, Young has accepted his new role as one of the least-loved players by Knicks fans.

The video posted on Trae Young’s Twitter account shows the spit landing on him while he’s on the sidelines. Young didn’t appear too bothered by the incident and he joked in the tweet with rapper 50 Cents, who was sitting courtside.

Young’s 30 points were not nearly enough for Atlanta. The Knicks won the game 101-92. The series now moves to Atlanta with the teams tied 1-1.

This wasn’t the only fan-related incident during these playoffs: a 76ers supporter dumped popcorn on Washington Wizards’ Russell Westbrook and is now suspended indefinitely. The fan “will be banned from all events at Wells Fargo Center indefinitely,” the  Philadelphia 76ers announced today, adding that he will also “have his season ticket membership revoked.”

Westbrook was walking off the court after injuring his right ankle in the fourth quarter of Washington’s eventual loss to Philadelphia, when a fan dumped popcorn on him from the stands above. Westbrook pointed at the fan, hoping to confront him and had to be restrained by security.

“This shit is getting out of hand, especially for me,” Westbrook said, upset. “The amount of disrespect, the amount of fans just doing whatever the hell they want to do, it’s just out of pocket. I’m all for the fans enjoying the game and having fun. It’s part of sports, I get it, but there are certain things that cross the line and in any other setting, I know for a fact that a guy wouldn’t come up to me on the street and pour popcorn on my head, because you know what would happen. … In these arenas, you gotta start protecting the players. We’ll see what the NBA does,” he stated.

The league is trying to impose a code of conduct for the fans. “The return of more NBA fans to our arenas has brought great excitement and energy to the start of the playoffs, but it is critical that we all show respect for players, officials and our fellow fans,” the league said in a statement. “An enhanced fan code of conduct will be vigorously enforced in order to ensure a safe and respectful environment for all involved.”