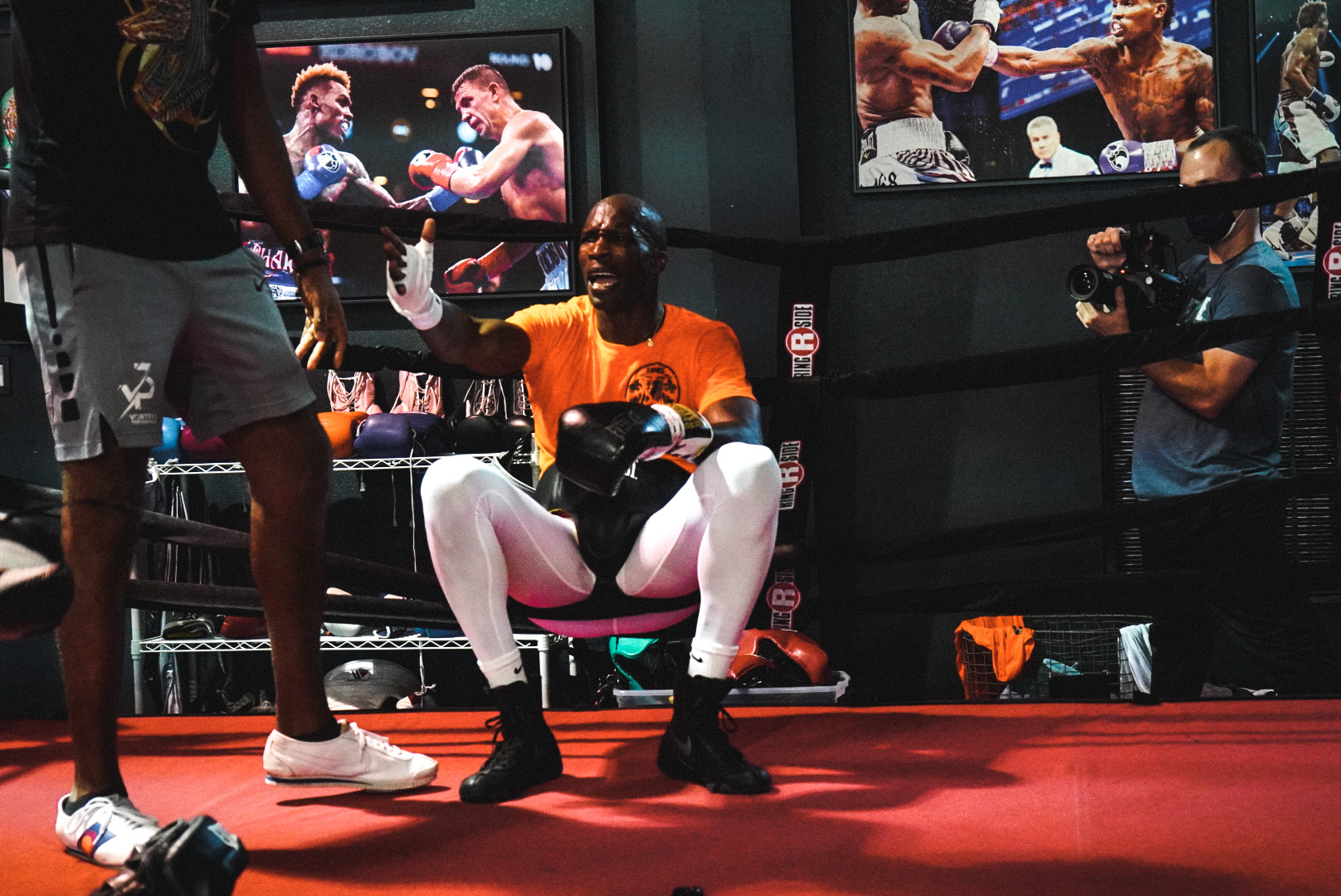 I’m transitioning that flair you saw from me on the football field all into this sport,” said the 43-year-old wide receiver, who played in the NFL for 11 seasons. Johnson trained for several years at Mayweather’s boxing club in Las Vegas in the offseason while he was active in the NFL.

“To me, my style is like Emanuel Augustus. Once I got those basic fundamentals down to a tee, I could add that trickery to my game.”

A long-time connoisseur and student of the sweet science of boxing, Johnson is grateful for having the opportunity to live this other dream. “I never thought about stepping in the ring. I never thought there would be an opportunity to do so. But I love boxing” he explained. “I’m friends with every boxer out there because I love and study all of it. I didn’t expect anything like this to happen. When Floyd called, the first thing I wanted to know was how much time I had to prepare. Once I knew that I had enough time that I could look like myself in there, I knew I could pull it off.”

Another challenge for a well-known athlete and entertainer used to pushing his limits. Johnson doesn’t intend to have a long boxing career. “This is a one-time thing,” he stated.. “I’ve done some crazy things in life, and this is one to add and scratch off the bucket list. I’m coming in there to have fun and entertain.”

The fight will be broadcast on SHOWTIME (beginning at 8 p.m. ET/5 p.m. PT) pay-per-view before the main event, the special exhibition bout between Floyd Mayweather and Logan Paul.

Manny Pacquiao returns to the ring to face Errol Spence in August
No knockout for Floyd Mayweather vs Logan Paul exhibition
Loading Comments...