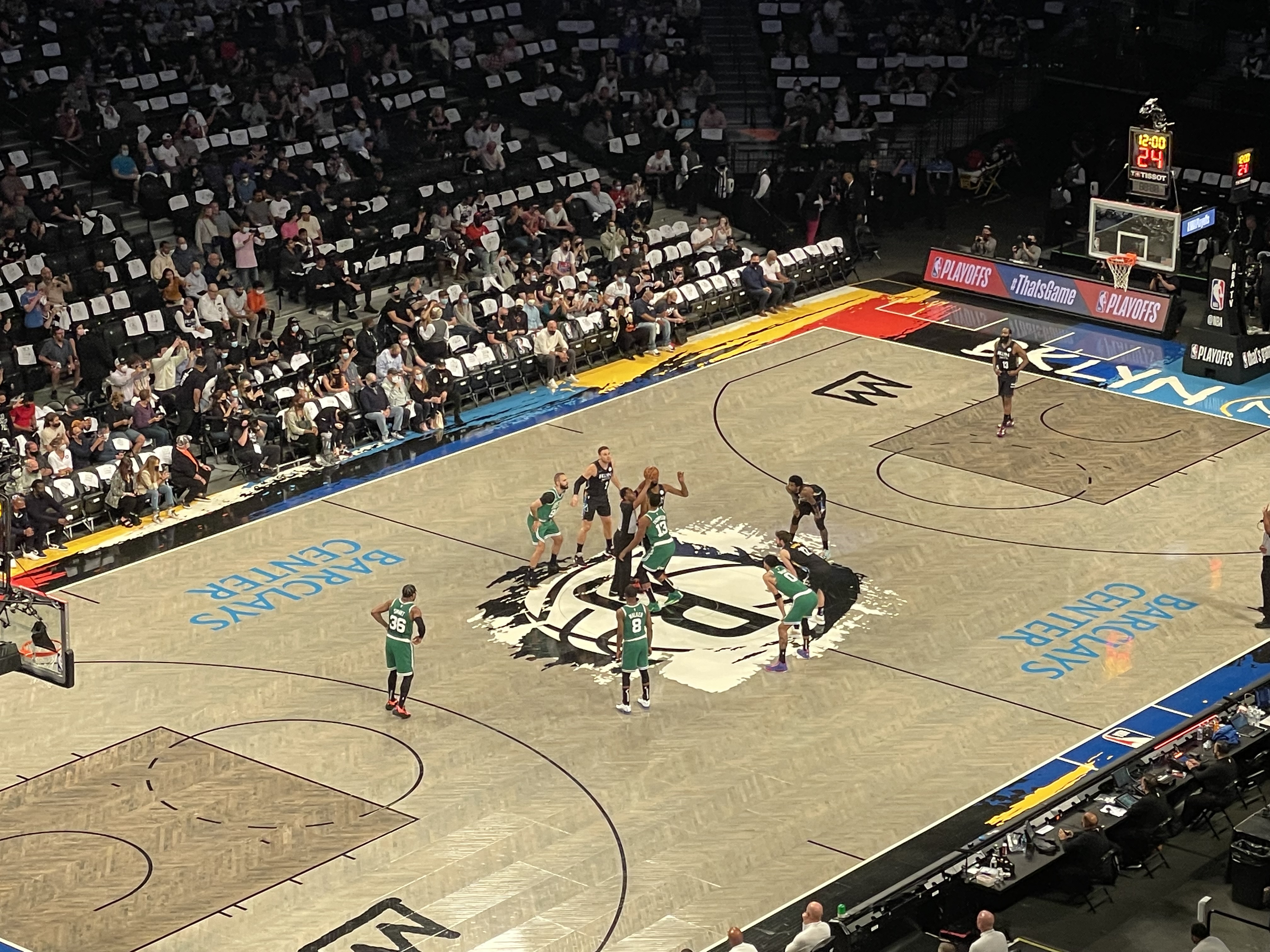 A sensational Joe Harris helped the Brooklyn Nets cruise to an easy 108-130 win over the Boston Celtics in game 2 of the playoffs’ first round in Brooklyn.

“That’s a shooter’s dream right there, especially with this group” Joe Harris commented about having the Big Three (Kevin Durant, James Harden, Kyrie Irving) looking for him and passing him the ball for his series of 3s because they knew he was “hot”.

“When Joe gets it going like that, he unlocks our whole team” Kevin Durant said in the post game press conference. “Obviously you saw he got the first few, had 16 in the first quarter, so…the crowd was into it, he was running fast to his spots, you saw the energy he played with and…the ball found him” he added. Durant was the high scorer with 26 points, while Harris had 25.

“Good night for Joe, good night for all of us to just play off one another and just make easy reads” Kyrie Irving commented.

“Joe had it going tonight and we all knew that. Me, KD and Kyrie just chipped in when we needed to. It’s all a team effort” said James Harden.

Joe Harris is a great weapon for the Nets and takes some pressure off the team’s biggest stars. After all, Harris is one of the best shooters in the world: in the regular season he hit 47.5% of his 3-pointers, but he still gets a lot of open looks because the opponents have to pick their poison. Brooklyn has just too many great players: How do you defend against them, who do you double team?

The Nets were able to neutralize Boston’s Jayson Tatum offense, keeping him at just 9 points on 3-of-12 shooting. His coach Brad Stevens said he was having troubles adjusting to the light in the arena.