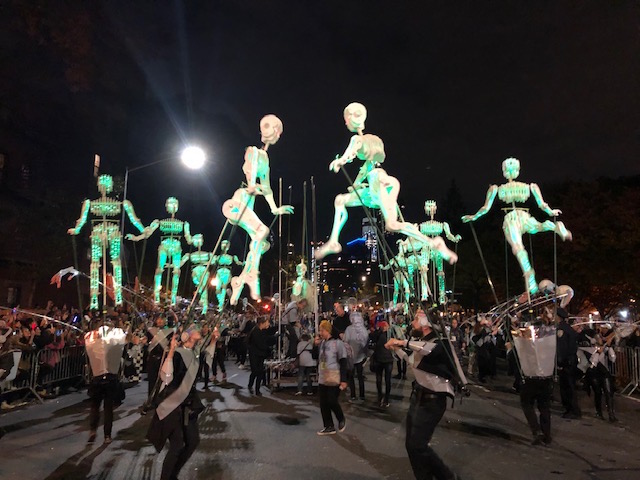 The 45th Halloween Parade took over the streets of Tribeca and the Greenwich Village in New York City on October 31st from 7PM to 11PM.

Big crowds gathered in Manhattan for the event amid very tight security. The route was on Sixth Avenue going North from Spring Street to West 16th Street.

A river of thousands of skeletons, ghosts, goblins, spooky pumpkins and scary creatures of all kinds hit the streets, enjoying an unusually warm weather.

Security was heightened this year, also because Wednesday marked the one-year anniversary of the West Side Highway terror attack that killed eight people last Halloween.

The 2018 event theme “I Am a Robot” brought to life plenty of creative costumes.

Watch some of the best ones in the beginning of the parade.

KD vs Steph Curry: I just hoop and savor the joy of playing vs I want to get better and win. Two approaches to the world of basketball. 2 approcci al basket
Carmelo “It’s a learning process”. Chris Paul on Harden: it’s hard to come back from any injury.
Loading Comments...