Damian Lillard denies reports saying he wants to ask for a trade soon. He hopes to stay a Trailblazer his whole career but wants some urgent change 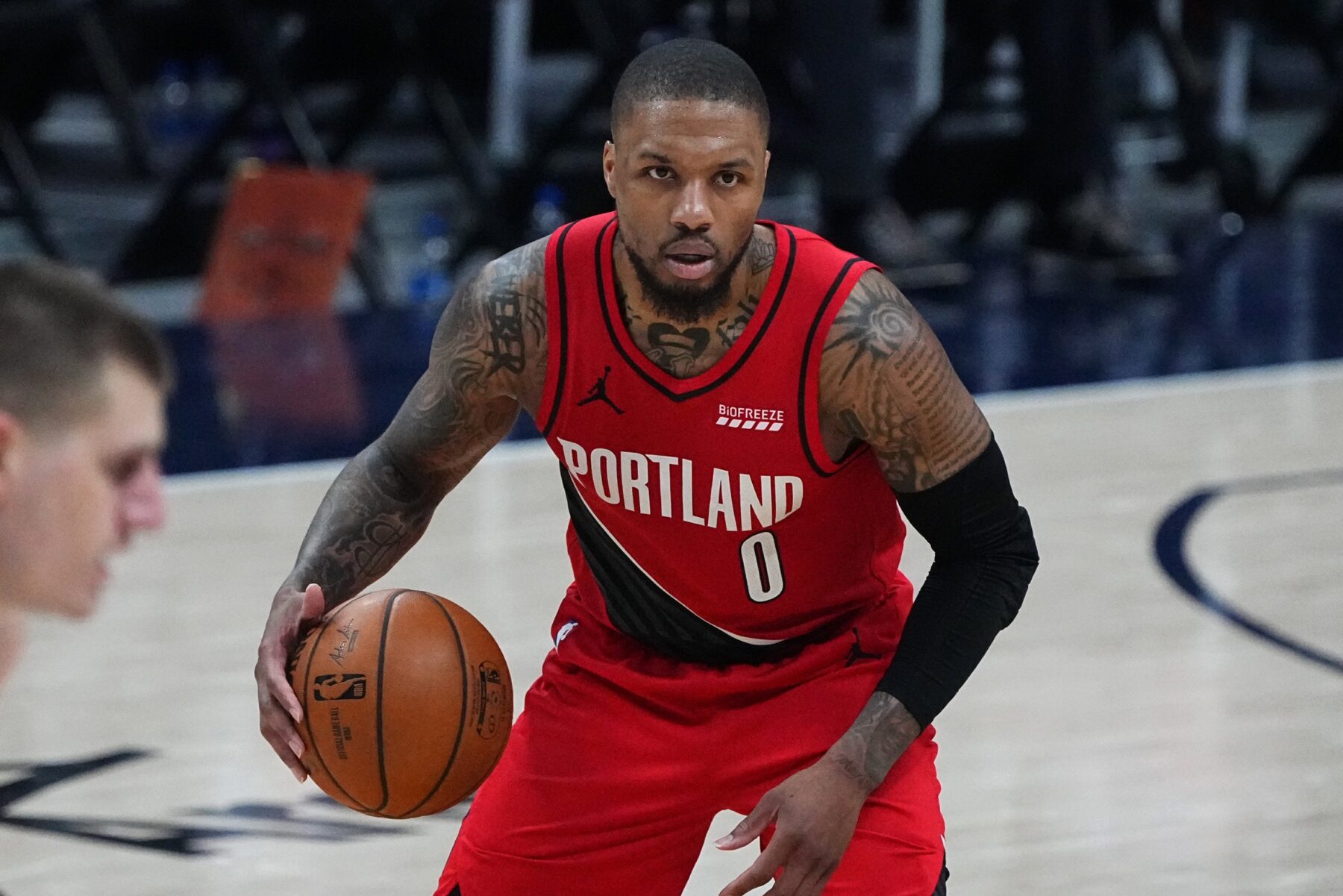 Trail Blazers’ star Damian Lillard denied a report stating he was planning to ask for a trade away from Portland soon. “I woke up to those reports … It’s not true,” he said after team USA practice on Friday in Las Vegas, admitting he hasn’t made a decision yet.

On Friday morning, the TrueHoop website reported Lillard was expected to demand a trade in the near future. Among the candidate teams, the Heat and the Knicks.

“Right now I’m not sure what I’m going to do. What I can say is my intentions and my heart has always been set on being in a Trail Blazers uniform for my entire career,” the point guard added, expressing dissatisfaction with the status quo.

Lillard said what the team has been doing in the recent years “is not enough” and he is going to have dinner with the Trailblazers’ general manager Neil Olshey and new coach Chauncey Billups to discuss the future tonight. Being under contract until 2024, the 31-year-old playmaker from Oakland has made clear he wants to see some change. Despite having made it to the playoffs for eight consecutive years, the Blazers have been eliminated in the first round in four of the past five years.

“The best way to put it is to be more urgent about what our next step is and how we move forward,” the 6-time NBA All Star said. “We’re not a bad team; we’re a winning team. We’ve got a great environment, we’ve got a great city, we’ve got great fans, there’s a lot of positives…

Do we actually want to win it all? Is that what we’re shooting for? We’ve got to do things to show that. We’ve got to put action behind that. That desire to win at that level — that’s been my only thing this entire time.

Lillard is leaving for the Tokyo Olympics for three weeks with Team USA on Monday. He expects to ‘be in a Blazers uniform next season”, but he also stated he hasn’t “made any firm decision about” what his future will be.