LeBron on his game-winning 3-pointer: I saw 3 rims, aimed at the middle one. Lakers clinch n.7 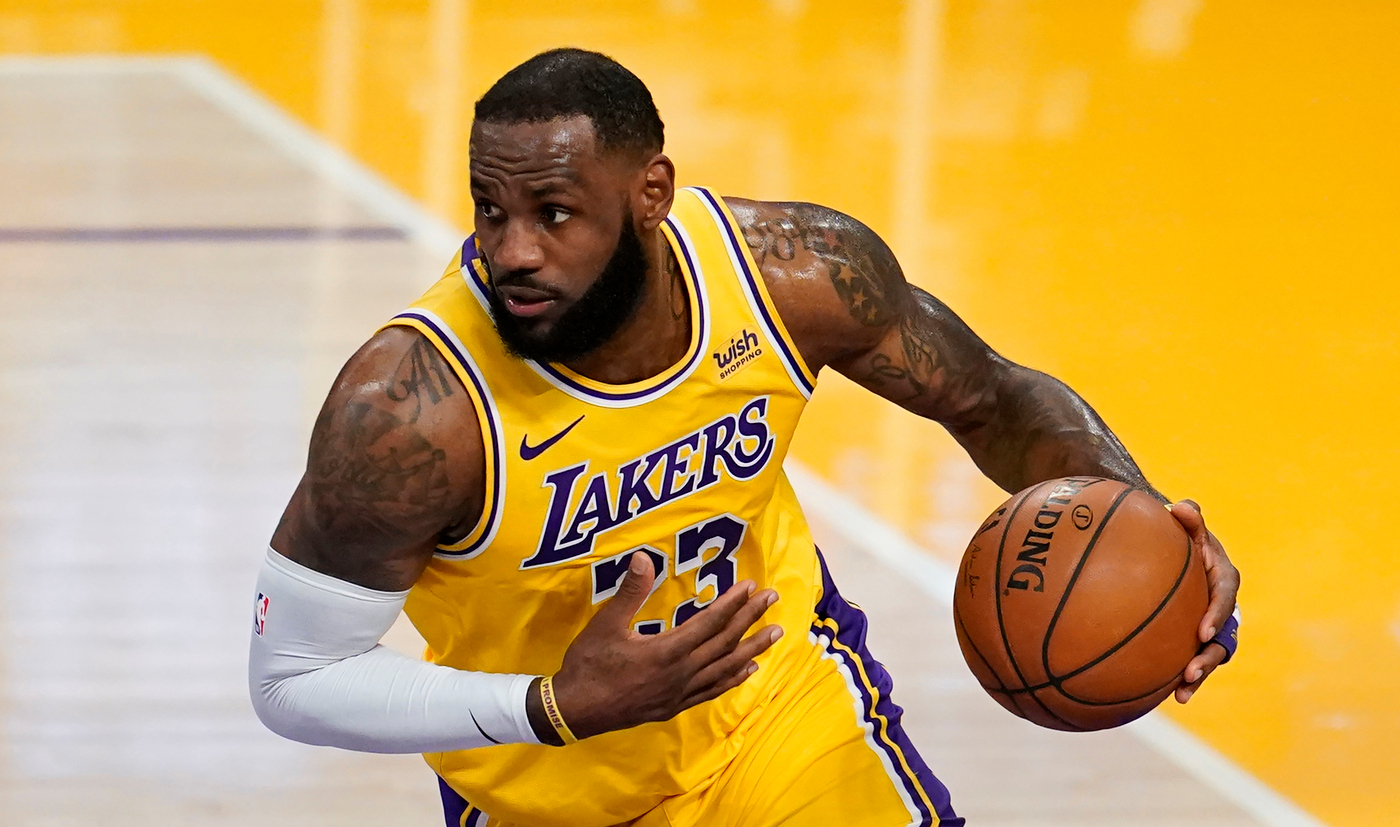 LeBron James hit a huge late-game 3-pointer to lift the Los Angeles Lakers over the Golden State Warriors, securing n. 7 seed in the Western Conference. Right before scoring the game-winning shot, LeBron had been poked in one eye by Draymond Green. Just a regular foul, but James was seen mouthing he couldn’t see.

“After Draymond’s finger to the eye, I was literally seeing three rims out there, so, I just shot at the middle one,” James said after the game. “I was able to — by the grace of the man above — I was able to knock it down” he added.

LeBron became a meme once again: the face he made after Green poked him in the eye late in the fourth quarter went viral. After a sluggish first half, the Lakers found their energy and dominance in the second part of the game.

A sensational 37-point performance by Stephen Curry was not enough to lead the Warriors to the playoffs.

The play in tournament game was tied with a little more than a minute to go. James was over 30 feet from the basket and he had made only four shots (on 13 attempts) from that distance all season.

When he got the ball back from Cladwell-Pope, he barely had the time to set his feet and shoot. Curry tried to close out, but it was too late. The 34-foot 3-pointer gave the Lakers a 103-100 lead with 58.2 seconds left on the clock. Steph Curry found himself trapped by the Lakers’ defense at half court. Steve Kerr got to call a timeout with 2.1 seconds left. It was not enough time.

“It was a great shot,” Curry said. “That’s a tough one, because you don’t really expect it to go in. You expect us to get the rebound, come down in transition, and have a possession to take the lead. But everything changes when it goes in. All-time great players make great shots. That’s what happens.” While the Lakers clinched their playoff spot, the Warriors still have a chance to get n. 8 seed. Golden State will face the Memphis Grizzlies on Friday at 9PM ET (ESPN) in the play in round that will decide which team will advance to the playoffs.