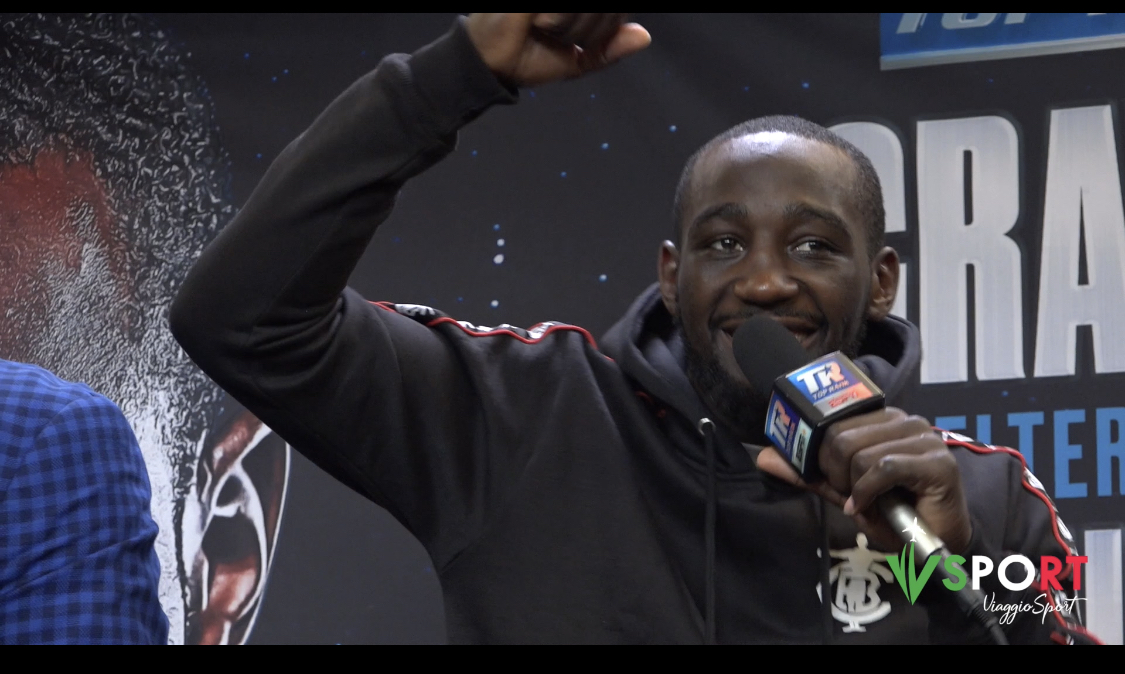 Terence Crawford knocked down Lithuanian Egidijus Kavaliauskas three times before stopping him in the ninth round to remain undefeated and defend his WBO welterweight belt in Madison Square Garden.
Kavaliauskas (21-1-1) was the mandatory challenger for Crawford’s WBO belt and had some good moments in the first few rounds before Crawford switched his stance and took control. “I showed that I can fight without just boxing, you know… I can take a punch” said Crawford (36-0, 27 KOs) to VSport after the fight.
How important is to Crawford to keep being undefeated in order to build the best legacy he can build? What’s his goal now?
“I need to get in the ring with all those fighters people say I am running from” stated the 32-year-old fighter from Nebraska.
Watch the funny moments with the lightweight champion Teofimo Lopez, who brutally beat Richard Commey in Madison Square Garden tonight.

Spencer Dinwiddie: his relationship with coach Atkinson, this season for the Nets. Was the team off sync vs Charlotte?
Al Horford: “The race to the playoffs is as open as ever”. 76ers’ assets, room for improvement