Donovan Mitchell: “I hate flying, but it’s part of the job…Turbulence still kind of gets me…” 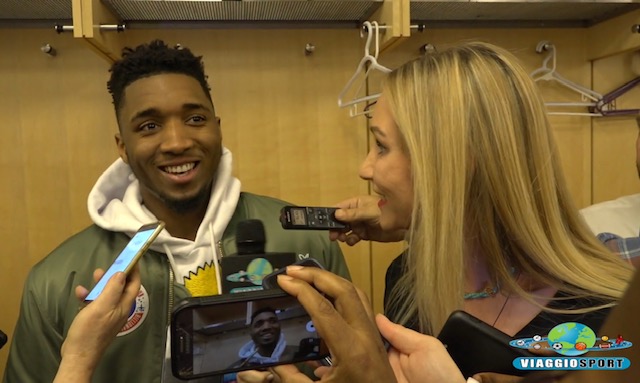 Donovan Mitchell describes the team effort and energy in the Utah Jazz victory against the New York Knicks in Madison Square Garden, an arena that is very special to the NY native guard. He used to watch games in the stands from seats that were very far from the action and now he has become one of the heroes on the court. “It’s a blessing. Life comes full circle….Last year was hectic, but I am more relaxed this year”.
Donovan is adapting to the NBA life, which means a lot of traveling, but apparently he doesn’t like the plane. “I hate flying, but it’s part of the job” he says.
Watch this and much more in the video.
The playoff fight is very open in the West, where teams are all very close. Mitchell’s take on the situation and what the Jazz should focus on.