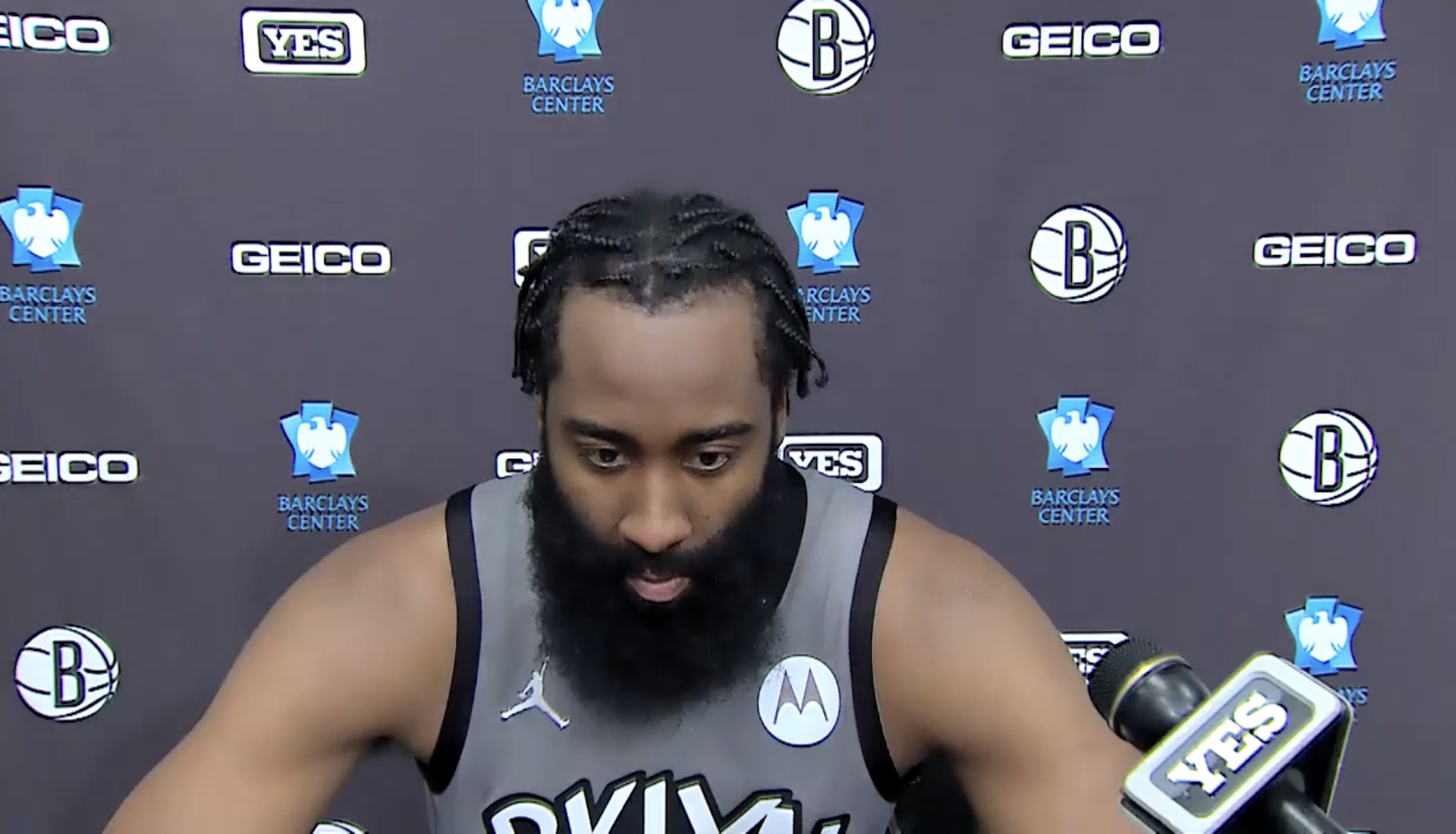 In a rough shooting night in which Kevin Durant and Kyrie Irving weren’t having a brilliant performance, the newly acquired star James Harden found a good rhythm in the second half and carried the Nets in the a 98-85 win over the Heat at Barclays Center.

“Defensively we made it very very difficult for them” Harden said. “Obviously Kevin and Kyrie are really good scorers. Easy shots that they missed tonight they’d normally make. In the 4th quarter the game was getting close and we kept going back and forth. We had plenty of opportunities to take the lead to a higher number and they kept coming back” he added.

Harden scored 10 points during the 15-0 run that sealed the game for the Nets. “We wanted to finish the 4th quarter in the right way and I think we did that defensively. Offensively I just wanted to be aggressive with my shot” said the 8-time All Star.

The Beard has been focusing on playmaking and is trying to find a balance between being a facilitator and a scorer. “I am figuring it out. It’s only been 5 games, that’s what we have a long season for”.

The 2018 MVP is enjoying the challenge of finding the best way to help his new team. “That’s the best part of it. I was in a role for eight years, throwing the ball, dominating the ball. Now is a different experience for me, but it’s still great. It’s still basketball at the end of the day, but I am lucky to be able to do more than just one thing on the basketball court. It’s fun” Harden said in the post-game press conference.

“You have to pick and choose when to be aggressive, when to get your shooters going, when to get KD and Kyrie going. Once we get a rhythm in that flow and start to feel each other out more, it will be a lot easier for us”.