Super Bowl LI changes NFL history with the biggest comeback and first overtime ever. Brady best quarterback of all time 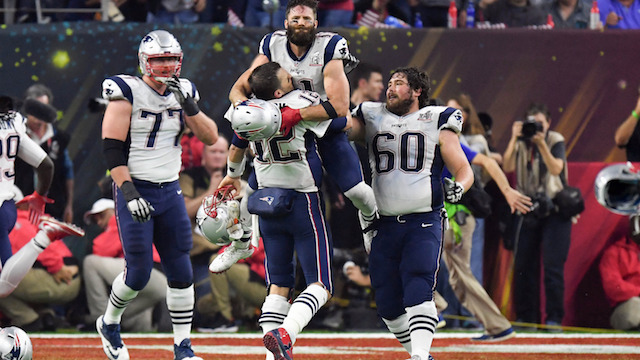 For the first 2-and-a-half quarters, it looked like a blowout for the Atlanta Falcons, that raced to a 28-3 lead. With one of the most dramatic comebacks in football history, the Patriots erased the 25-point deficit and forced the game to overtime, the first of all times in a Super Bowl.

Bowl record for biggest comeback was a mere 10 points.

Showing off his incredible determination and winner soul, Tom Brady became the best quarterback in history, leading New England to win its 5th title and getting his 5th ring himself.

‘We all brought each other back,’ said Brady, named Super Bowl MVP for a record 4th time. ‘We never felt out of it,’ he stated, with the Lombardi Trophy in his hands and tears in his eyes.

How did he do this? ‘I never got down’ Brady explained.

While the Patriots won 5 of their 9 Super Bowls, Brady’s record counts 2 losses and 5 victories, making him the most decorated quarterback of the NFL, with one title more than the great Joe Montana and Terry Bradshaw.

Brady is tied with the Dallas Cowboys’ and 49ers’ defensive end Charles Haley for the most Super Bowl wins as a player.