Exclusive: Canelo on his trilogy fight with GGG. “I’m gonna end this fight in the later rounds” 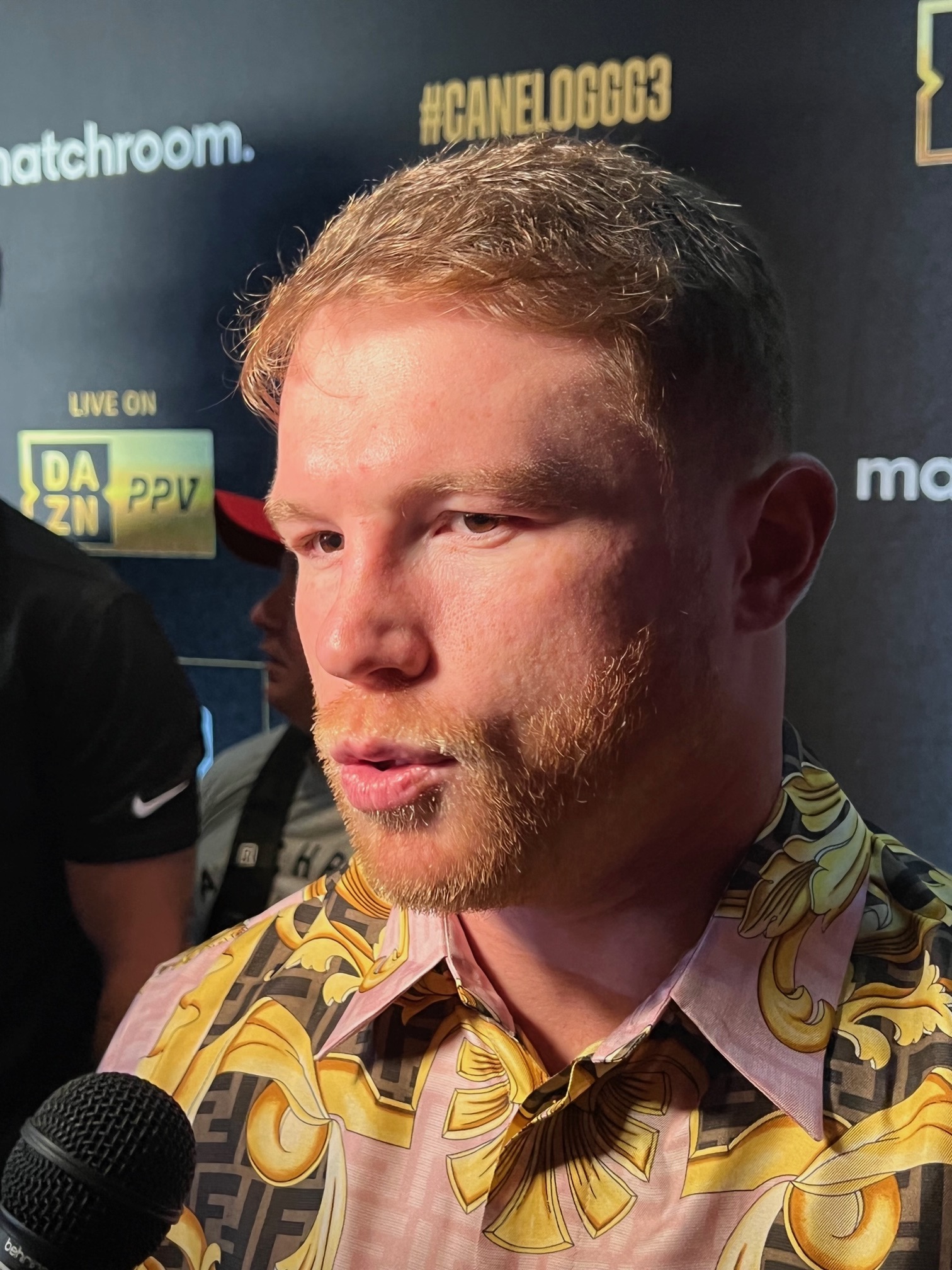 The best fights in boxing. Canelo vs. GGG

We met with Saul Canelo Álvarez in New York before his press conference at Tao Downtown to present the trilogy fight against Gennady Golovkin.

Canelo is known for his love for challenges that make him feel alive. What does he love the most about this particular challenge? “I love being involved in this kind of challenges, for me and fo my career, in the best fights in boxing,” Alvarez explained to VSport. “That’s why I am here: Because I love to bring the best fight for the people.”

Coming from a defeat: A more dangerous fighter

Canelo is in a very unusual place for him, coming from a defeat to Bivol in the light heavyweight division last May in Las Vegas. He said this changed his mindset, making him more aggressive. Why? “Because I come from a loss and why not come back stronger than ever? That made me a more dangerous fighter,” the Mexican super star said.

What did he change in the approach to the fight? For example, in the past bout he had a semi-vegan diet for a bit. Is he still following that? “No, I don’t eat vegan. I tried for a 2-3 weeks,” Alvarez said, adding it doesn’t work for him. In another interview he revealed to me his favorite pre-fight meal.

“I just need to do my job, train 100% and that’s it,” the undisputed super middleweight champion of the world explained.

Alvarez said repeatedly he wants to end Golovkin’s career. What makes this challenge so personal? “Because he talked a lot of shit about me before. That’s why it’s personal for me.” Canelo explained that GGG is not bold enough to tell him stuff to his face or in the press conference, but he does talk badly about him behind his back with a large number of insults.

Canelo: I am gonna end the fight in the later rounds

We asked Alvarez what we should expect on fight day. “It’s gonna be a good fight. I am gonna end this fight in the later rounds,” he stated.

Exclusive Gennady GGG Golovkin ahead of his trilogy fight vs. Canelo. “I feel like a 40-yrs-old guy”
Exclusive: Adam Kownacki previews his matchup with Demirezen from the iconic Gleason’s Gym
Loading Comments...