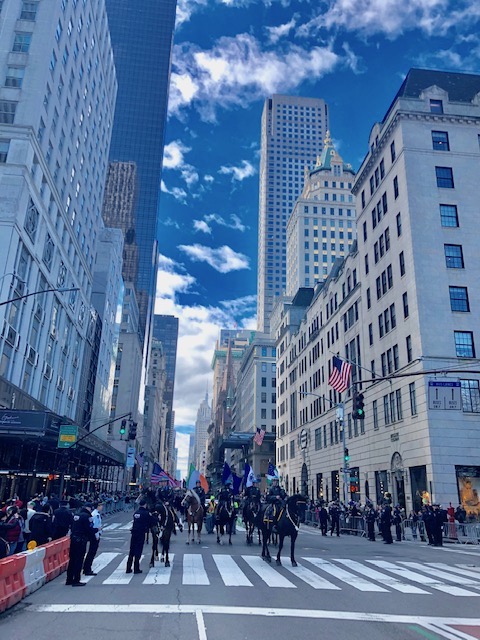 The parade started at 11A.M. with bands, horses, police squads, cars going up the iconic avenue from 44th street to 79th. Green was -as usual- the dominating color and the Irish flags brought a touch of orange, green, and white to New York’s Streets.

The 6-hour procession is one of the city’s oldest events, with its earliest iterations dating back over 250 years.

Saint Patrick was not Irish: he was born in Roman Britain. He came from a wealthy family, which owned some slaves. At age 16, he was kidnapped and taken as a slave to Ireland.

Tradition says he worked as a shepherd for 6 years and, during that time, he found God. After he got to make his way back to Britain, he became a priest and went back to Ireland to convert people to Christianity.

He died on March 17th, but the parade is held on the 16th every time March 17th is a Sunday.

Saint Patrick’s Day is on official Christian feast day and a public holiday in Ireland, commemorating the arrival of Christianity on the island.

Watch our video to see the marching bands and listen to traditional Irish music.